A Super-Powerful Way To Protect Yourself Against Negativity 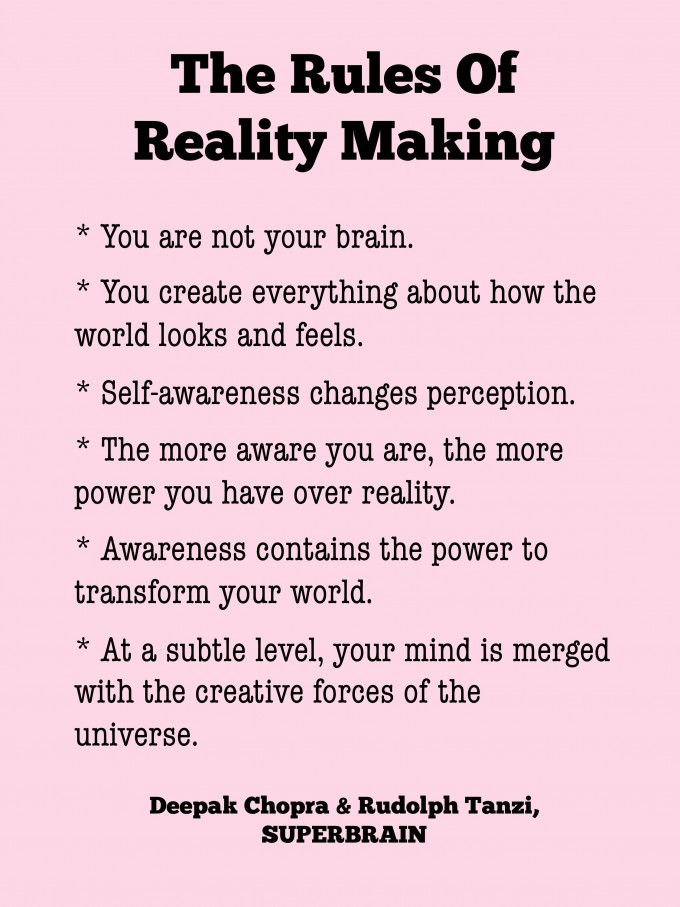 When you’re shining bright, lots of people see that light.  Some get inspired.  Some – harmlessly, innocently- want to feed off that light.  And some are so low that they get offended and annoyed and even hate the light because it’s so far from where they are at the moment.

It can make you want to hide out from people when you’re happy… afraid that people will come to steal your light.  Some people have told me that they get nervous that when they’re really doing well that they’ll attract all kind of haters, all kinds of chaos and people that want to bring them down.

Have you been there?

I have, for sure.

I’ve also been asked hundreds of times how to “protect” energy.  There are crystals, energy exercises, feng shui cures… isolating yourself… playing it a bit smaller and dumbing yourself down or dropping down to the influences around you that not shining and bright.

And then, there’s the conscious choice to shine brightly despite anything that’s happening.

That’s the real force-shield against negativity.

No matter what, it’s your best cause to make in life to shine bright.  It’s love.  It’s passion for life.  Cellular biologist Dr. Bruce Lipton explains that your cells can’t be in protection and growth at the same time.  In fact, cells die in negative environments and they thrive with healthy environments.

Nothing can really penetrate the light that you shine in life unless you let it.

It’s all a choice.

There’s no need to fear because fear literally kills cells in your body and it’s the opposite of bright and shining and radiant living, you know?

There’s no defensiveness and nothing to do to super-shield yourself  but to keep choosing to shine.

My life was decimated a few time (that I allowed!) by the forces of darkness in Hollywood seems to collect—  acting-crazy drug people, toxic power-wielders, insane jealousy and less-than-supportive relationships.

I remember when, in a place of super darkness,  I started practicing Buddhism with real commitment and was dedicated for the first time in my life to actually living the principles of love and acceptance and cause & effect in my whole life, not just when I was sitting to chant.  My whole life was grounded in happiness, and it was so exponential.

I became so happy so fast that I started to literally piss people off.

I was shocked to hear the hate that flew at me and… strangely… I started dulling my own light.  Sucked into more negativity, I’d find myself back at the temple chanting again with power to clear my life of darkness.

My life was a rollercoaster of falling into a hole of darkness and pulling myself into the light.  I didn’t realize what I was doing until one day as I complained to a friend that I was so exhausted of trying to avoid evil and to stay away from darkness and this super-wise guy told me so bluntly “This is all your choice.”

Many years later I realized that if I was super-clear in my own best ways to be bright and practiced them as a lifestyle… one filled with love… that even when I came upon dark stuff, it couldn’t knock me over.  It didn’t tempt me to shrink.  It wasn’t like I had to worry or shield myself or freak out.  I made such a powerful decision to stay in my own light, and I was totally OK with what anyone else thought or how they’d mock or gossip or hate on me.   And… it worked.  The dark forces don’t really even show up that often around me and when they do, they don’t stick around…because it’s a choice.

I walked past an AA (Alcoholics Anonymous) meeting quite randomly yesterday and when someone asked me a question thinking I was part of the group, he told me freely (and somewhat mystically) that when he decided to become sober for real after a few times of half-hearted trying, a whole world of negative influences literally disappeared from his life.   He said that he didn’t have to work to avoid anyone from his past life that he spent drunk and on drugs because his decision was finally so clear that none of those old party people even wanted to be around him once he was really committed to a new life. And… unlike the three times in the past that didn’t stick… this time he didn’t care what anyone thought of him.  He realized he wanted a brighter life, and he immersed himself in everything that made him light.  Even though it was still a day-by-day decision, he said very clearly and with a huge smile… ” You have to really want it and then do the work every day.”

Do you want the light?

You can have so much light.  Just choose it.  Immerse yourself in it.

The thoughts you entertain.  The visions and goals.  The ways you show up for the day.  The habits, routines… The things you hold onto…

It’s all a choice.

There doesn’t have to be fear, regret, worry, or anger that lingers.  You don’t have to judge anyone or try to lift them up if they’re not firm in their own decision to have more light.  If they’re not living in a light way, they have to decide it for themselves… and… when they do…  they’ll find you or others to help them when they’re ready… if they ever are…

Meanwhile, you can shine. And I hope you do!

Happiness brings you incredible vitality. Love is a fountain of youth.  Optimism and faith in the greater good of the world have been shown to create “miracles” every day.

Choosing to stay solid in your own light and grounded in everything that brings you that light and you’ll “protect” yourself from the influences of negativity without living in fear-filled, cell-killing torment & self-protection.

How do you love yourself every day?

How do you spread love around?

Have you seen the dark side of negativity?

Have you felt the effects of letting it in?

I’ve nearly lost my own life to deep negative influences, I’ve lost my parents  (my dad- driving drunk, my mom- immersed in toxic self-destruction) to the darkest of forces.  I’ve lost friends to the dark side, and many people I’ve loved in my life to their own demons.  I want everyone who wants the light to have every single bit of science, energy work, healing, homeopathy, holistic techniques and all of it… all to make the light shine brighter.  I’m constantly learning and immersing myself in more and more… because there are infinite ways to glow…and it’s why I write and share this stuff every single day…

And it’s not because I think I have all the answers.  It’s because I know we all have all our own best answers.  Any tools that can help clear the junk, the clouds, the mess and the stagnation away so they the answers, the intuition and all the creative powers we all have can come to light is my passion to share.

One thing in the years of hanging out in darkness and pulling myself into light that I’ve found to overwhelmingly be true, and it’s been echoed in a decade’s worth of clients who wanted their own light finally and completely:

You can sink in the face of darkness and fear it like I did… and get confused by it or get lost in it…. or you can choose to see this darkness and let it propel you to shine brighter.

It’s a decision. And that is awesome science!

Choose your light. Every single day. All day.

Details to become a Feng Shui Pro in The School of Intention Professional Feng Shui Certification are HERE.