Do You Need To Finally Be Free Of A Problem That’s Been In Your Way? 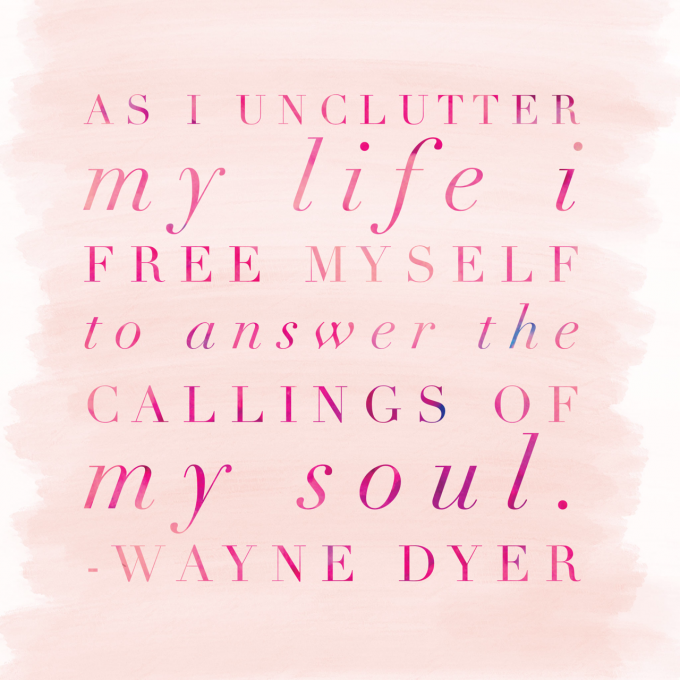 Almost everyone I know (and me, myself, as well) has faced a problem-type cycle that doesn’t seem to resolve.

Some people see it as bad luck, or something that “runs in the family” or a sort of black cloud that’s hard to shake.

In Buddhism, it’s called karma.  It’s also something that isn’t from an unknown cause like luck or a mysterious inheritance of family issues.  It’s an accumulation of the causes and effects of thoughts, words and actions over time,  and it can be completely changed when it’s confronted completely.

While there’s no magic wand to wave to 100% eradicate every long standing issue you’ve ever had (and even if there were a magic wand, you’d have a new issue of readjusting to being free of those problems and all the habits involved overnight…!), there is a way to make the kinds of changes that free you from these cycles completely.

Today’s feng shui is all about the process of making the kinds of changes that are lasting and amazing and complete!

Every day I visit a space in LA with a patch of garden that is full of noxious weeds that can, I suppose, be mistaken for some sort of herb.  The weeds attarct huge bugs, ants, rodents, cobwebs and, once they grow out of control, they obscure all the actual plants that are planted in the area in their big haze.

I’ve offered to have a gardener come and clear this patch, but it’s the responsibility of someone else so I was told not to worry.  Yet, once the weeds grow out of control, nearly six feet tall, they are a huge and deeply rooted problem.  The way that this garden tender deals with the giant weeds is to chop them down so the stems are barely visible.

While this big chop clears out the rodents, exposes the hidden plants to sunlight and creates a sense of a fresh start… the roots are still firmly in place.

Within a month, these stems of these weeds are sprouted back to big plants that ultimately become giant weeds again.

That’s how I came to conceptualize the way that I dealt with some problems in the past. I let them grow until they couldn’t be ignored and then I was forced to go in and chop them down… but… I’d never pull them out at their roots.

Breaking up with the boyfriend didn’t solve the issue of how someone narcissistic and abusive could get into or stay in my life.  Those roots were still there. A new one appeared, 10 years later, but those roots still re-sprouted.

Joining a gym and forcing myself to go a few times a week after having physical pains from sitting so much didn’t address the reason I felt forced to do things like exercise that were good for me… or why I couldn’t find a way I actually enjoyed.  The plan to exercise failed again, and it failed because the roots were deep a lack of self-love.

Moving out of city full of toxic party friends and drama didn’t address the roots of why they were there in the first place, and they all found me, a whole new crop, when I landed in Los Angeles.

We all want to deal with big problems in one fell swoop, a big action, a something that says… “Ok, I’m done with this.”

And for a while, there’s great relief.

But… if you don’t get that problem- whatever it is- and pull it out at it’s roots… it’s still there.  And, on some level, I personally knew my problems were still there, waiting for me.  And maybe you know it, too.

How can you get rid of the problem for real?

For me, it’s all the simple and enormous idea of Karma: thoughts, words and actions.

It’s not instant in my experience… it takes time to truly make changes that last and reinforce them and live with them.

But, there’s one way I know that the roots are still there: stuckness and fear.

So, let’s look at some real “gardening” to simplify life and remove the weeds for real!

Thoughts: What do I really think about when I think about this area of my life where my problem is?

This is a big deal.  We’re told to focus on the good, and usually that’s true…  but if you can’t see the junk in the junk drawer, how can you clear it?  Let yourself revel in the thoughts you have when you think about this part of your life:  Are you thinking of worst case scenarios? Are you thinking about the past in a loop so that you can avoid it ever happening again?

Decide to use those less-than-helpful thoughts as a roadmap to change.  Whatever beliefs are mirrored in those thoughts need to be set free.  For now, without judgement, allow yourself to really tap into your thoughts and emotions and see where you’ve been dwelling unconsciously in pictures and feelings in your creative mind.

Words: What words do I use to describe this part of my life?

Are you saying things like “I don’t know…” to describe your fitness plans or your business ideas? Are you talking in terms of disaster or saying things like “I’m such a mess.”  Catch yourself and all the words you use, even in your journal, to describe your relationships, your finances or any other part of your life that’s in a cycle that’s stuck.

You can consciously change your words to focus in on solutions and growth.  Stop yourself when you hear a complaint or criticism coming and steer yourself onto something positive.  Your words are like commands to your mind and body full of energy and attached to pictures and actions.  Keep them high and light, especially as you start confronting those core beliefs to change them.

Actions: What actions am I taking to truly strengthen and heal this part of my life?

If you’re addressing things at their roots you’re going to be on quite a wild and rewarding adventure.

If you’ve found some beliefs and words that are stuck in your mind from trauma or shock or other people’s ideas that don’t serve you… all kinds of therapy, EFT(tapping) , EMDR (trauma therapy), support groups and seminars and learning and help can be super-useful to start changing your core beliefs at their roots!

You’ll be on an epic journey to de-clutter your life… and that is so vital.

Now… reinforce all your awesome demon-hunting in your space so that, on the tiniest quantum level of particles, everything is new and fresh and disengaged from the energies of those problems!!!

Yes: it’s time to de-clutter in the most profound ways you ever have!

This is a big season of change and renewal and growth!!!

The Catalyst Camp is HERE for the New Year to open up your life to the new like never before!

You can sign up HERE to start the free 3-video series & revolutionize your clutter clearing.

I can’t wait for you to experience the power of super-clear space!!!