The Best Ways To Wash Your Fruits And Veggies! 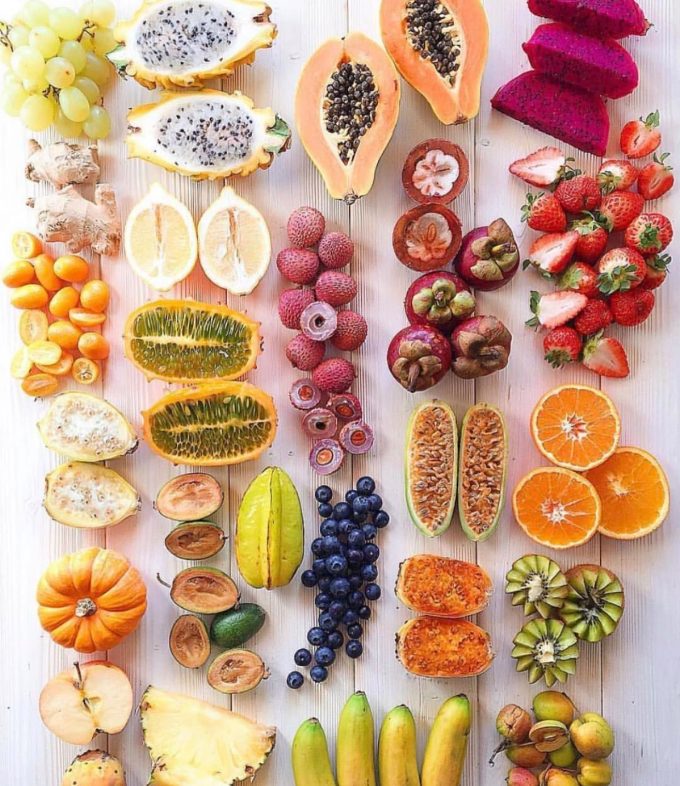 A member of my Catalyst Camp sent me a compelling article on fruit and vegatable washes and their effectiveness that sparked a big exploration for me.  I never realized that a rince under faucet water just wasn’t enough!

Now, I know that many of you are able to buy and eat organic… but I’ve learned from visiting very a high level organic farm that there’s “Roundup” and other pestisides- even in low doses, found in the rain.

So, for all of us… before we eat anything- organic or conventially grown- let’s wash it super-well!

I used to think, “eh, a little pestiside is no big deal.” Honest thought.  I wasn’t going to flip out about these things… until…

And here’s part of what I learned that moved me to more organic and to liberal veggie + fruit washes.

During World War II the German military developed this substance as a form of nerve gas, or a cholinesterase inhibitor. The production of a healthy amount of cholinesterase is essential for normal signaling between neurons in the brain. The disruption of these messages being sent from neuron to neuron can be associated with neurodegenerative diseases such as Alzheimer’s disease and Parkinson’s disease in adults. (source is HERE)

CHAMACOS (The Center for the Health Assessment of Mothers and Children of Salinas) conducted a cohort study, which is medical research used to investigate the causes of disease, establishing links between risk factors and health outcomes. This particular study set out to assess whether or not exposure to pesticides effects neural development, health and growth in utero into childhood. Between 1999 and 2000 they recruited 601 pregnant women living in the agricultural rich, Salinas, California. They followed the babies till the age of 12. In 2010 and 2011, 300 nine year-old children were added to the study, and they were also followed to the age of 12.

The findings, reported in Health Research for Action,  revealed that mother’s exposed to Organophosphate had “shorter duration of pregnancy, poorer neonatal reflexes,” and there was a, “lower IQ and poorer cognitive functioning in children, increased risk of attention problems in children.”

The Organic Authority, in their article entitled, “Invisible Monsters: 5 of the most Common Pesticides & Their Impact on Your Health”, details the potential dangers of the most widely used pesticides and herbicides in America.  You can read it HERE in full.

Atrazine: This is classified as a weed killer and is usually found on corn in the Midwest. This has been found to be an endocrine disrupter, and, a direct quote: “has been linked to “increased risk of birth defects, infertility and possibly cancer.”

Chlorpyrifos:   This is commonly found on almonds, cotton, oranges, apples and corn. At minimal exposure it can cause difficulty concentrating, headaches, fatigue, nausea, diarrhea and blurry vision. It gets worse when you have more.

Metolachlor: The Environmental Protection Agency, EPA, has deemed this a cancer causing agent. Most commonly used on corn, sorghum and soy.

Metam Sodium: This is most commonly used on potatoes and the possible side effets are, “nausea, difficulty breathing, vomiting, damage to thyroid, hormone disruption and birth defects.

So now, let’s get into the washing of things!

Commercial fruit and veggie washes are not all that effective.

The Department of Food Science and Human Nutrition at the University of Maine tested 3 different commercial, store bought produce washes against a two minute bath in distilled water. The produce used in this study were low-bush blueberries. The researchers found that distilled water cleaned the blueberries as effectively, and in some cases more effectively than commercially bought washes.

The Center for Food Safety also states, “The Food and Drug Administration (FDA) also advises against using commercial produce washes because the safety of their residues has not been evaluated and their effectiveness has not been tested or standardized. The FDA also recommends washing produce in cold tap water.”

Tap water, though, doesn’t make the list of most effective processes I’ve since found and tested, but it is  far better than adding extra chemicals to your food!

You can simply used cold distilled water and a scrub brush as this has been found to be just as effective as store bought vegetable washes. Natural Living.com suggests giving a second rinse and scrub when cleaning the following fruits and vegetables: grapes, apples, guava, pear, plums, mangos, peaches, tomatoes, okra, spinach and kale.

Heat up four cups of water till it becomes warm, but not hot. Stir in two teaspoons of salt and continually stir until the salt is completely dissolved into the water. Allow to cool to room temperature and then soak produce for 30 -60 minutes. Lastly, scrub and rinse with cold water.

This one from Rodale is great for greens: In a bowl large enough to hold your leafy greens, add water and vinegar in a 3 to 1 ratio. 3 parts water to 1 part white vinegar. Soak for two minutes and you are on the way to cleaner greens!

Wellness Mama gives us some great tips on how to wash delicate fruit that could potentially be ruined by either salt or vinegar:

Take 1 cup water and a ½ cup of fresh lemon juice and place in a spray bottle. Spray on berries, making sure to coat them well. Next, soak in fresh water for 15 minutes and dry thoroughly.

And, of course, adding your positive energy to the process, I feel, makes everything taste better + nourish more fully!  xoxo Dana