Are You Hiding Out A Little Too Much? 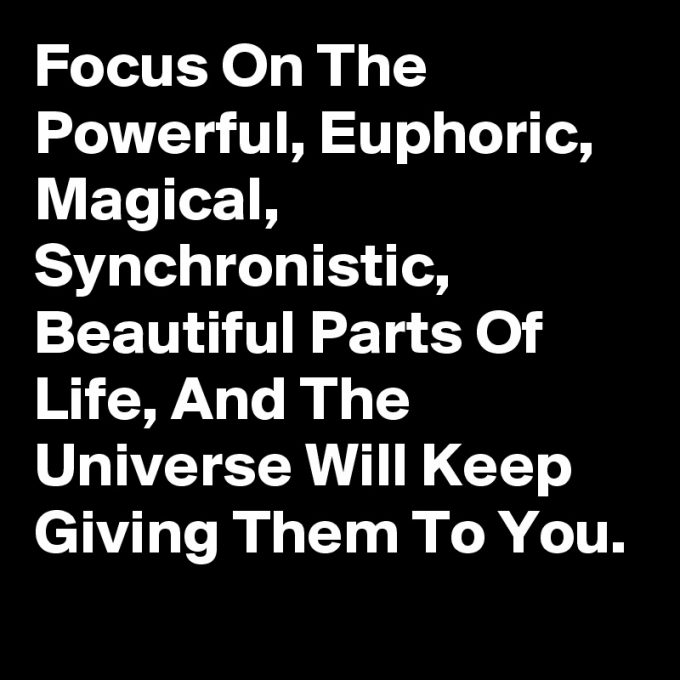 We hide in our own ways— not showing up to parties, not speaking up at work or not taking credit for what we’ve done well, not dressing up, saying no to invitations, isolating more… staying quiet when you want to speak.

I do have an old habit of liking to hide that pops up from time to time.  I confused it with a lack of confidence,  a need for more self-expression or boldness… and no matter what I did, it was like the glass ceiling that loomed over my head wouldn’t budge.

If you’ve been hiding out a little too much for your liking— as none of us really life to hide even if it’s familiar— you can stepping out into your light much more whenever you decide you’re ready.

So much that’s so amazing is waiting.

I realize I liked to hide for very rational reasons. I had a whole lot of traumatic things happen when I was really visible every day – from being stalked by a truck to assaulted on the street, I was approached aggressively more times that I could count and I had my fair share of #metoo moments.  Too much attention and the haters would be out in full glory. Backstabbing, betrayal— I was a soap opera in myself, constantly hitting into drama.

That’s why I started hiding.  I came to like the back of the cafe, the off hours for the mall, showing up when things were empty and leaving as they’d get full.  I got really into my glasses, sweatpants, Ugg boots, sweatshirts, zero makeup, hair knotted on my head… none of this, by the way, is bad in and of itself… but how very little I cared about dressing up, something so innate and creative to me, was odd.

I thought I might be depressed or have some sort of psychological thing happening that I couldn’t see.

I couldn’t even force myself to care.

I was always pretty extroverted, and now it felt so good to be home and away from people.  It felt too good.

It took me a while to see that I was shrinking myself slowly but surely.  I was the effect of other people’s distortions and perversions and I had no boundaries.  I didn’t know what boundaries even were.

I learned a lot about people who hide out in plain sight when I became one of them.

It was the effect of things, and the more I hid out, the harder it became to imagine being the social, connected, excited, person I was at one point.

I learned about trauma therapy and started going. It was a rocky start. I screamed at my therapist when she suggested I was a victim of anything and walked out once, then finally came back when I knew how bady I needed to break through this.

The thought of being a victim of anything freaked me out— it felt so disempowering to use that word.

But hiding out in life, I was a victim.  I was too afraid that the sky would fall or I’d be hurt or followed or anything else if I was me.  I felt so frustrated by the limitation and instead of looking at it, I justifed it.  I made a life out of being very much hidden except from the few people I could trust.

I kept on going back to this trauma therapy, crying my eyes out, screaming out rage I never knew was stuck inside of me (I thought it just went away with time— but, as Candice Pert’s research revealed, emotions are stored in our bodies if they aren’t processed)  wiping out some of the heavy stuff that built up in my mind that made my couch more of a haven than the world was.

Soon enough- in a few months time- I was amazed at just how much more light I was able to have in my life.  I was excited about alone time and excited about seeing people.  It felt… dare I say it, the grand cliché… like I was reborn.

For anyone who feels like it’s easier to sort of hide out, I understand.  It is, in a sense, easier to avoid turmoil.  But that’s like saying it’s easier to keep closets filled with clutter than to clear them.  It is at first much easier, until you run out of room and then you’re filling up the living room, kitchen, bedroom…

This stuff can be aired out, unwound and freed from wherever it’s overstayed its welcome.

You might not need intensive trauma therapy like I did — but there are so many ways of unravelling emotional stuckness and fears and traumas that are a part of life, it’s worth exploring what appeals to you.

This passage  from 6 Seconds on Candace Pert’s work with the biology of emotions brings to light just how much we can become CAUSE in changing the world, rather than the EFFECT of it when we hold onto the heavy stuff:

“Pert says that just as our individual cells carry an electrical charge, so does the body as a whole. Like an electromagnet generating a field, Pert says that people have a positive charge above their heads and a negative charge below. “So we’re actually sending out various electrical signals – vibrations.”

“We’re all familiar with one kind of vibration: When we talk, we send a vibration through the air that someone else perceives as sound. As I explain in the book, we’re also sending out other kinds of vibrations. It’s a basic law of physics that when you are close to an energy source it has a greater effect and that diminishes as you move further away. But when you are far away there is no effect.”

“It’s not something you can say in 25 words or less. It is a whole new paradigm shift that basically leads you to realize you’re not alone. You are connected to everybody else. Your emotions are key. And you are leaving a wake, changing the world around you in a huge way.”

We become change-makers when we’re not hiding.  It’s so powerful, so awesome and so worthwhile.

Then, of course, when you’re shining bright again, boundaries are excellent and important.

Healthy boundaries were an elusive concept for me as I mentionined, and maybe they are for you, too?   I sought out people who had them and watched how they were able to do so much insanely brilliant work, even take on tons of criticism, love deeply and still, at the end of the day, never be diminished by any of the energy flying around.

Stick me in the same situation and I would flee, have a meltdown or something else historically dramatic.I just didn’t know how this was done. I stayed small to avoid the drama.

It was fascinating to really observe everyone I knew who could do this – people who had healthy boundaries- and study as a fly on the wall how they did it.

The familiar theme:  they really saw themselves in a sense as the source of love in their lives.  Praise and love from the outside felt good and was importanr,  but it wasn’t an aim.  It wasn’t like one’s stock in life rose and fell based on how much love was recieved from others.  While it wasn’t pleasant to be criticized, hated on or anything else, it didn’t diminsh them as people when it happened because they weren’t looking outside of themselves for acceptance and didn’t care that much about pleasing everyone because it wasn’t the source of love.

How to get to that place?!

Ten years of asking this question came back to the same places.

Fill life with love, deliberately, stocking home full of things you love, work that has meaning.  Creating days that have enough time in it for doing all the things that make you feel like you’re flying.  Clearing out the heavy stuff that makes life feel disconnected and extremely hard.

Everyone I know who has this type of super-admirable, shining self love and strength has done their own personal housecleaning— slaying demons, facing traumas, healing themselves.

And, now they refuse to hide, shrink or be small.

This is what inspires me.

So many of the people I know and work with have some sort of hiding going on. And when they decide to stop hiding, they become CAUSE.  They’re less afraid and more definitive.  They’re willing to dig deeper and free themselves of all that emotional clutter, the weight of the past.  Suddenly, the needle starts moving.  More money shows up.  More amazing people are around.  More light.  More of the everything that’s in sync with this freedom.

I’ve not heard one single person say that their lives felt too good and too free and too powerful.

Everyone gets some of this and wants more.

That’s the roll we all want to be on, you know?

Where we aren’t willing to be seen, we’re holding ourselves back. Plain and simple.

We build our own glass ceilings and reinforce them over time when we’re hiding and piling on very reasonable and rational excuses to keep hiding.

It’s why I catch myself now if I am hiding too much and get back to life.  It’s why I’m always ready to pull a thread to see if I have more trauma or stuck emotions to unload, and get into the releasing in whatetver ways feel good.  It’s why I’m excited about this work I do more than ever— a synergy between us, everyone chosing to grow together.

When I’m hiding, the momentum stops in so many ways that it’s what’s truly depressing.

Take all the alone time you need, but don’t hide out as a practice.

You know the difference; we all do.

It’s so awesome to be in life that hiding out just isn’t worth it. On the other side of the hiding is all the opportunity and awesomeness in the world.  It’s life without the glass ceiling.

And, the world needs your light.

The Joy Immersion is a a month of happy-making, mirror-polishing, life-lifting and simple space shifting!

It’s loaded with lots of actions (some you may know for sure even if you’ve never fully practiced them, some you’ve likely never seen or heard of…!) that can help you detox from your own negative stuff, uncover more of your greatness and light, and see happiness everywhere you look…! There’s feng shui, there’s life-shifting, there’s lots of creativity… and it’s a daily commitment to a positive life shift… which is a positive life shift already!!!