Orgonite Is The Next Level In Positive Energy For Your Home! 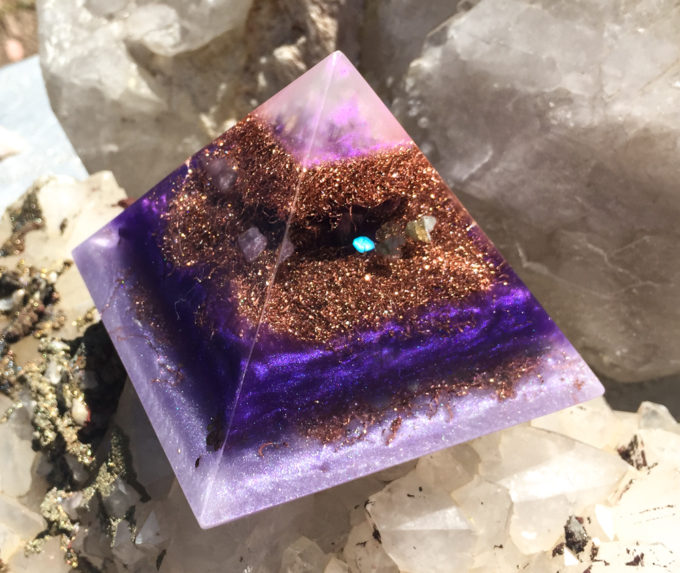 What if you could raise the energy of your home, mitigate EMF’s and negative vibrations and actually do it in a gorgeous way that’s epic in it’s power?

You can.  Actually YOU yourself can, with your intention, do this.  You can decide your home will only hold the highest vibes and you can make a massive impact on your space.

In this dynamic world full of tech and shifting energies and swirling speed, however, sometimes some tools can be of service when our intention isn’t as lightening strong, supporting us in our desire for the highest energies and calmest lives.

Today, I’m excited to share one of my favorite ways to do this— and it’s amazing to use in so many ways:

(you can grab this here)

During the 1930’s and 1940’s, Dr. Wilhelm Reich, an Austrian psychiatrist recognized what eastern traditions and disciplines had known for years prior – life force energy, which he named orgone. In Eastern parts of the hemisphere, this life force energy is known as Chi or Prana.

This Chi Energy Demonstration under glass with a Chi Spinner is a visual treat.

In the early stages of Dr. Reich’s research, he found that layering organic substances (fiberglass) on top of inorganic substances (steel wool) would actually collect positive orgone/etheric energy as well as (harmful)negative orgone/etheric energy. To test his hypothesis, Dr. Reich developed an Orgone Accumulator Box in which he layered inorganic material on top of organic material in a box. He had patients who had varying diseases, including Cancer sit next to the box for intervals of time. It was found, with this simple task, he was able to successfully heal patients.

Building further on his research, a 1986 study at the University of Marburg, Germany found that these orgone treatments also had a positive effect on the psycho-physiological states of subjects. In a blind study (the subject is unaware of the study’s intention), researchers placed subjects in front of the Orgone Accumulator Box for 30 minutes.

The findings as reported by Orgonite Info, ” the results received in our investigation furnish evidence for the assumption that the physical properties of the orgone accumulator and it’s psychophysiological efficacy on human organisms, postulated by Reich and his associates, factually exist.”

The principles of orgone therapy operate on the idea that organic materials attract and hold orgone energy, while non-organic metals simultaneously attract and repel the energy. Reich built a research lab in Maine which he named OROGONON where he and his colleagues made further advancements in orgone therapy. As the research grew…orgonite was created.

Orgonite is equal parts resin (organic) and metal shavings (inorganic) – a quartz crystal is also added to help give off a charge.

Orgonise yourself explains: “Due to the fact that the elements contained in orgonite are constantly attracting and repelling energy, a “scrubbing” action takes place, and along with the charge that the crystal gives off, this cleans stagnant and negative energy, and brings it back to a healthy, vibrant state. ”

The benefits of orgonite include:

This Orgonite Charges Water Experiment video shines a light on just how much orgonite can “shape” and “organize” energy in a new way!

Why does this matter?

On every level, to be plain and simple, your “organized” energy will bring in more abundance in every way.

If you explore orgonite, I would love to hear your experiences. I have had so much feedback from clients and Campers and friends and I’m always excited to hear more!