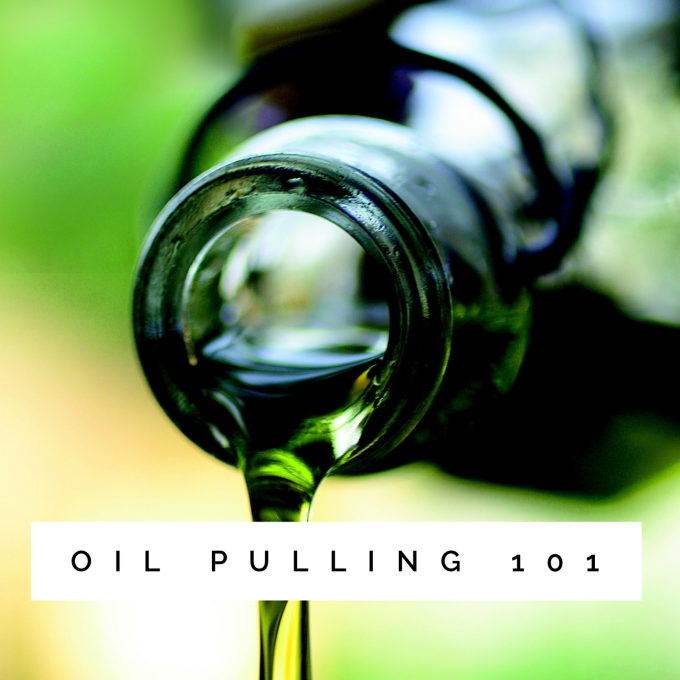 Oil pulling is a habit with all kinds of epic lore surrounding it.

Swishing oil in your mouth for 15 minutes a day seemed a foreign idea until the anecdotes poured in and moved me to action years ago!

Oil pulling could be the least-indulged habit in the healthy ritual department…and while it’s not fool-proof, it’s pretty wonderful.

The Ayurvedic ritual of oil pulling is thought to work by pulling bacteria, toxins and mucous from the body as you swish oil in your mouth. Documented benefits that have been studied include helping to heal tumors, repairing diseased gums, re-fastening loose teeth, decreasing systemic candida, decreasing blood diseases, reducing allergies, curing sinus infections and much more.  Some claim that the oil pulling method is a key to longevity.

All you need: unprocessed sesame oil or sunflower oil (thought to be the best 2 oils… others have used virgin olive oil and coconut oil with great results).

To do the oil pulling:  Put a tablespoon of oil in your mouth first thing in the morning before eating or drinking anything. Swish it for 20 minutes through your teeth and mouth. Sort of pull it through your teeth gently. It becomes bubbly, it changes textures and it is quite weird the first time you do it.

Do not “gargle” it in your throat and please don’t swallow it. If you can’t make it through a full 15 or 20 minutes, spit it out early.  You’ll want to spit the oil in the trash, as some have clogged their drains with this oil.

When you are done with the swishing,  the oil is considered toxic and filled with pathogens.  If you spit it out, some advise to wash your sink.  Others say to spit the in in the toilet which is one step easier! (Note:  If you want to do this more than once a day, wait four hours after eating and at least an hour after drinking any liquids to try it again!)

The first round of doing it: my teeth were gleaming!  I felt… a bit nauseous though.

Then, I had a reaction called Herxheimer where the die-off and release of toxic
stuff was so profound that it stitted up my autoimmune condition that was in remission for ages.  I have read about people who power though the detox period and emerge healthier than ever, but I am not that brave and it was unwise for me to go further.

For most of you, I’m guessing this won’t be a problem at all, but I mention it so you’re not as surprised as I was!

I decided to do this very gently and occassionally so that I could reap the benefits even a bit without the heavy downside.  The occassional swish leaves me feeling fantastic, and no wild reactions at all.

If you have a medical condition talk to your doctor first because this can stir things up as it “detoxes.”

Have you tried oil pulling?