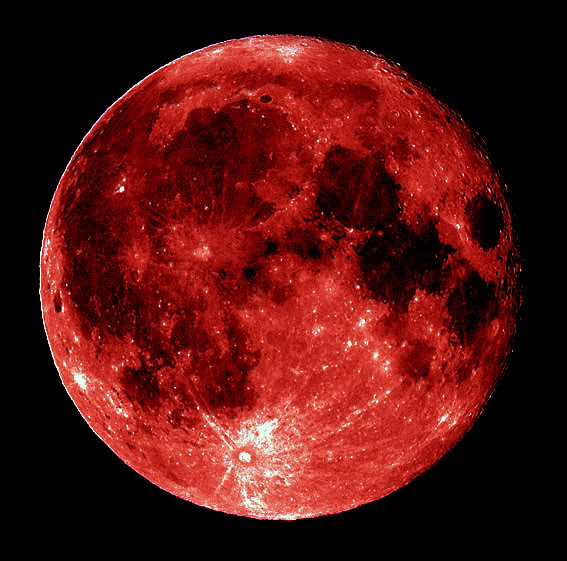 It’s time for a Blood Moon Eclipse on September 27th…the last for another stretch of years till 2033!

And what happens during this eclipse is powerful, if you believe the sages and metaphysicists.

“Energetically, this final of the Blood Moon Eclipses is going to open a new doorway that is going to give rise to a new way of being- a new Earth that is higher in consciousness and more evolved.”

The rituals of the eclipse that signify a new dawning era include eating more plants (time to go vegan?!), opening up to more love and emotion, letting life run through you rather forcing it… There’s a lot of trust and surrender involved here. This kind of trust isn’t intuitive to many of us. Try it anyway!

It’s totally exciting that a giant, rare Blood Moon Eclipse is happening Sunday!!!  And who other but an astronautical engineer, my friend Dana D, is here to share with you the best links to view it…along with new lifestyle habits & inspiration for freshness in the astrological & actual sky fresh start!

Want to see the last total lunar eclipse in North America until 2018? Well, then get ready, the lunar eclipse on the 28th and it’s a Supermoon to boot! That’s when it’s at it’s closest point to the Earth and therefore looks much larger. It should appear reddish.

You can learn more HERE.

And HERE are tips to watch the eclipse.

I love apple season. It’s my favorite season, it’s my favorite fruit. There is nothing that an apple can’t cure….well, that may be an exaggeration, but it sure is useful and delicious. I normally start out the season making applesauce and preserving some for the upcoming winter months, but I also like to make apple cider vinegar and apple teas.

Apple cider vinegar is a phenomenal detoxifier. I’ve used to for acid reflux and as a gentle body cleanser for a while now and nothing else comes close to making my insides feel lighter and healthier. No medication could cure my heartburn like apple cider vinegar. Additionally, apple teas are delicious.

Any remaining apple peels are tossed in a pot with water and gently boiled and voila! Apple tea. Your house smells like you just made an apple pie – it’s warm, comforting and satisfying. No recipe needed.
You can make your own apple vinegar HERE.
Is it too early for testing out healthy-ish holiday treats? No? I didn’t think so. These may be vegan, but they don’t look like they lack taste and I can’t wait to test them out on my friends and family.

Every now and then conservationists have a win. This week an extremely rare, beautiful, and mythological bird was sighted and photographed on Guadalcanal. Indigenous populations told stories about the bird, but until now, the Mustached Kingfisher was only a legend.

Have a fantastic week!

All the best,
Dana

Dana D. is a perpetually curious professional life student, domestic engineer, and astronautical engineer by degree. She loves to explore new neighborhoods, museums, meet people, and pet strange dogs. She believes that all miracles are huge and that you never know what the day will bring – so be positive, happy, and grateful.