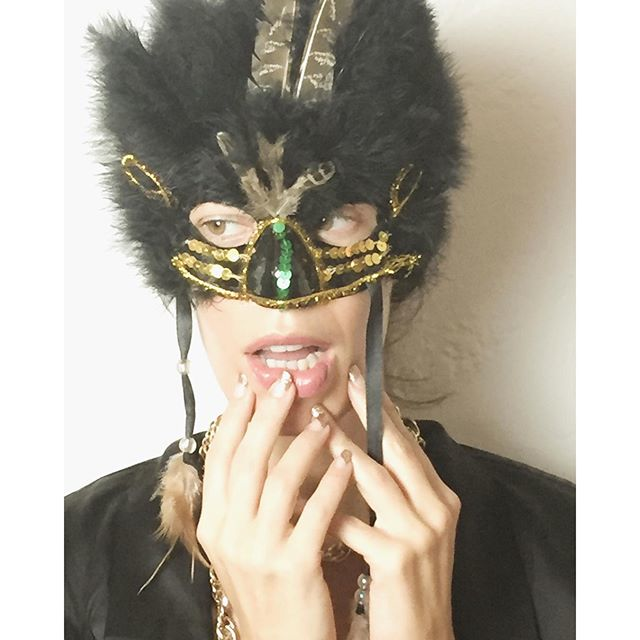 Even if you believe in magic and it appears… even if you’re so talented that it’s simple to do things that seem complex to others… you still may not feel OK with the greatness life is showering on you.

It’s too easy to be any good…

Who am I to think I can do this?

What if everyone finds out I’m not that great?

These and many other thoughts plague those of us who suffer from Impostor Syndrome.

There was a killer article in the New York Times recently that first piqued my interest because, um, the writer was describing me and my own self-demise.  Maybe he was describing you, too?

Essentially: No matter how much you achieve or how much you’re praised you secretly feel undeserving or unworthy…like an impostor who might one day be found out.

Like… people I know who feel their academic achievements had to be luck “guessing” on standardized tests.  Or the acclaimed actors who feel like each film will be their demise where their talentlessness will finally come through.

Then there’s  Kate Winslett who was quoted as saying:

“Sometimes I wake up in the morning before going off to a shoot, and I think, I can’t do this. I’m a fraud.”

Here’s a little more on this Impostor Syndrome… and in Day 14 of #30DaysOfFengShui, how to overcome it!

Impostor syndrome can be defined as a collection of feelings of inadequacy that persist even in face of information that indicates that the opposite is true. It is experienced internally as chronic self-doubt, and feelings of intellectual fraudulence.

It is basically feeling that you are not really a successful, competent, and smart student, that you are only imposing as such.

I was born writing. Easily, effortlesly, winning awards, having great things happen… all from telling stories.  As I got a bit older I started to wonder if one day I’d finally get the teacher who realized I wasn’t that good.  By the time I got to Stanford, I avoided all literary classes for fear that maybe the gig was up and I’d be finally found to be talentless.  At 23, I had a large handful of serious literary heavyweights in New York that I found at parties taking my first novel very seriously… far more seriously than I was taking the idea of having an actual career.  As a result of this sudden high-profile attention,  I disappeared from New York and moved to LA so that I’d never have to face the stunning fact that perhaps I sucked and all these horrible truths that I never really tried that hard and possibly was crazy and unworthy would be public…

Seriously.  This is a thing.

It could be the reason why you don’t follow your own dreams.

You are a genius talent at one and likely more than one thing.  Perhaps it’s a thing that you’ve abandoned or put off out of fear that you’d be found out to be an impostor, too?

I realized after years of running from this feeling that it was better to sort of own it and do stuff anyway.

Running brought me lots of miserable jobs that have sucked the life out of me.  I watched very self-assured and less qualified people who were not even nice (!) rise to power in their field based on their self-assuredness…

And in all my moaning during this time in my life I became a victim of my own undeserving thoughts.

You don’t win if you try to hide from your greatness. At least, I didn’t.

I realized I could talk about it… and learned that so many people I admired felt the same way about themselves, too!

I’m astonished how much space it made in my life just to know my weird thoughts were normal!

I’m going to share 2 of his 21 strategies.  You can find the whole list HERE and it is excellent.

4. Keep a file of people saying nice things about you. I just started this earlier this year and it’s been amazing. Every time someone writes that I helped them online I take a screenshot and put it in my folder. When I feel like a fraud I can go look through the stories of people I have helped. There is a mom who’s 18 year old boy was shaken out of being stuck because of something I had written. There are a whole series of entrepreneurs who started businesses because of articles I’ve written. There are successful entrepreneurs that were reinvigorated by something I wrote. There are a whole slew of people at rock bottom who have found life worth living again because of something I wrote. Those things keep me putting stuff out there. Because, honestly, it’s easy to forget that writing can do any good. Collect your wins, testimonials, whatever and then visit them when you’re feeling like a fraud.

11. Realize that when you hold back you’re robbing the world. If you walk around feeling that you should be someone else or that you don’t deserve to be here then all your crappy vibes rub off on other people. Your stunted expression means that you can’t be there for people who need you.

These two set me on the road to greater creative freedom.

Along with one determination:

No matter what, the work I’m meant to do has to get done.

I hope you feel the same… and go after your dreams without this fear plaguing you!

Julia Cameron’s awesome quote lifted me out of the self-pitying haze one day:

“I have learned, as a rule of thumb, never to ask whether you can do something. Say, instead, that you are doing it. Then fasten your seat belt. The most remarkable things follow. “

Even if you can’t 100% squash the voice of the Impostor Syndrome overnight, you might be as comforted as I was to learn that it’s normal.  And that it’s usually a sign of great talent.  And that you can totally get beyond it.

Be as great as you are.  You deserve it. A million times over.