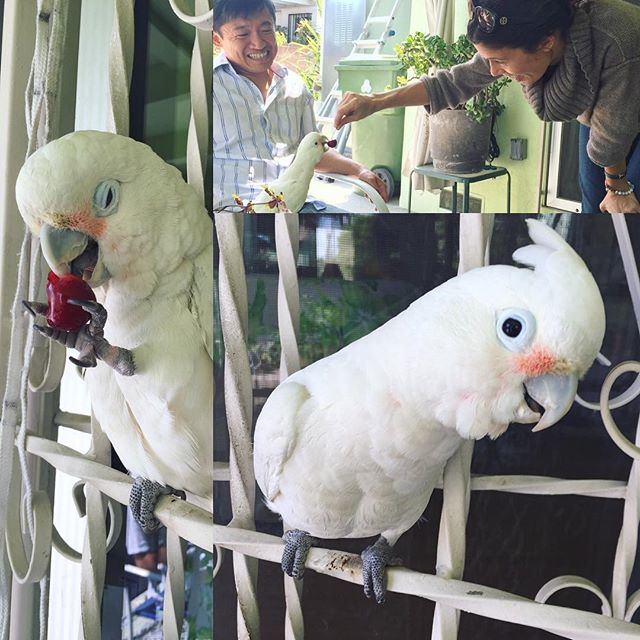 While being steeped in positive emotions is the ultimate in all of life- work, love, creativity, wellness- the bliss isn’t there 24-7.   We’ve all been sitting in hours of traffic, face-to-face with fears… or really climbing an uphill battle through heartbreak, misfortune and grief.

All of it is valid and totally OK. In fact, without the struggles and the obstacles, it would be hard to see the ways to really grow. If you’ve ever been to a personal trainer or physical therapy of some kind, you know that you don’t really get stronger without moving to the edges of your own strength limitations. Not forcing it… but stretching to see what’s actually possible and letting that stretch help you get stronger. The extra weight, the extra pushups, the extra mile… If you never do the extra bit, you won’t know if it’s even possible. You just have to overcome the resistance, and then you see this awesome possibility that you might not have seen before.

Expanding what’s possible is what fascinates me about all of feng shui in its most quantum energy sense that I’ve pushed to its own limits and keep stretching. Finding new ways – beyond just moving a bed or adding a fountain- to change space and life is what drives me.   I was born with an urge to see beyond the walls and the ceiling and the furniture and the money in the bank and the amount of love that’s immediately obvious around me, and it led me in a circuitous route to my own work and art where so much more is possible.

You’re likely moved by the same urge… to live lighter and experience more joy and magic. I’ve met thousands of people over the years who are in the mindset of determination, exploration, seeking practical magic, going beyond what’s obvious. They all decided there was more to life than their day-to-day and they started seeking that more.

Determination and decision are the start of real alchemy.

If you’re hitting the bottom in a certain way of life or a certain feeling of limits, you’ll be more open to seeing a path to your own expansion… from the inside out and the outside in.

Often it’s the negative stuff that becomes a road to the most incredible steps forward and there are so many ways to transform negatives to positives if you’re up for the adventure!

It seems that the most resilient, most love-filled people around me had this innate sense that love is something eternal and it doesn’t require a reason.

Can you send some love to people who’ve wronged you or who you loved and lost?

Send a letter, write an email (and send or don’t send it) or simply sit down and put a hand on your heart and breathe until you feel calm and then imagine these people, one by one, telling them that you love them and send them love.

It might sounds small, but it’s a big way to start tipping the negativity loaded in a personal concept of love (mixed with attachment, right and wrong, judgement, anger— you know the deal) to something more positive.

Follow your energy.  In the world of flipping negatives to positives, energy is everything. It was my acupuncturist and friend Dr.Wing who introduced me to the idea of emotional stress seven years ago as something that was destroying my health.   He showed me how it affected by pulse, he showed me how my skin changed, he used his needles on meridians of my body to show me how my energy was being depleted… and he helped me to see that even the most righteous anger I had was fine for a moment, but not for a lifestyle.

I’d get so upset when I’d arrive at his office feeling sick and worn out and he’d tell me to focus on controlling my emotions. I wanted an instant fix, but he’s never give it to me. He explained how my emotions were a reaction to my environment and my environment was my choice.

“Butttt…. I can’t quit my day job …and it’s so terrible… And I can’t deal with the problems I have yet because they’re so far from resolved… And…I can’t feel great yet because I’m in such grief…”

He finally helped me to see, smiling at me the whole time, that I was choosing all of this. I could truly tackle my emotions in therapy or by taking actions, but I refused. I could have made a plan to get out of my day job, but I languished instead, never stretching myself far enough to leave. I had lingering problems I brought upon myself because I felt responsible for other people…and I wouldn’t address it.

When I got determined, I started finding the ways out. Just making a plan took the stress levels down to a manageable and soon nearly non-existent level.

If you’ve got ongoing emotional stress- from a work schedule that’s punishing to a toxic relationship or habit- can you decide to tackle it like it’s your main job in life to transform it?

When I took positive (and very decisive, at long last!) control over the things I was letting drag me down every day, those obstacles paved the way for a life so cool I’m so grateful I took it seriously. And… I continue to take is seriously. We’re all living in the same world and not a single person is without challenges!

Honesty. Meet Wing’s parrot. When he was adopted from the parrot rescue he was considered un-adoptable because he only said two words: Hello and A**hole. The thing is, as a tuned in being, he said hello to people in a good mood. When he senses bad energy, he says Asshole very unapologetically. In fact, he even says Asshole when he’s mad at himself, like when he drops food or falls down. He’s completely emotionally transparent. He laughs, he cuddles, he squawks and he says Hello and will tell you A**hole if he’s mad.

Staying in touch with your feelings may seem like a silly suggestion (of course you’re in touch with your feelings!) but when I look at homes, it’s often the broken things, the lack of light, the imbalances and “obvious” things that I see that are missed completely by the people who live in the space. It’s common to check out, to see less, to become numb… not because we want to, but simply to cope with the overwhelm of so much communication and tech and fast living and stimulus we take in.

In addition to not “seeing” things, people also stop “feeling” them.

When I ask someone I’m working with how something makes them feel it’s not uncommon to have a long pause or to hear, ” No one’s ever asked me that” or “I’m not used to feeling things out…”

If I think of my own life, I’m not really asked how I feel often, either!

But… when you can get real about how you feel wherever you’ve become sort of glazed over, you’ll be able to make big changes. Julia Cameron says in her breakthrough creativity classic book The Artists Way that people often back away from the free-writing exercises because the possibility that they’ll come face to face with true feelings that have been numbed-over might happen. The relationship that’s shaky, the job that’s just wrong, the living situation… the habits… the excuses… they all come to light when you face how you feel. Once you can’t deny how you feel it’s up to you to have to change things.

If I go to a healer I’m not interested in just feeling bliss. I want to be prodded, I want to explore stuff I’ve never seen, I’d rather cry for a while than just do a cursory surface review of life… because it’s the negative stuff that brings up the big positive changes.

Can you confront a demon of your own with your own honest feelings? After a Spring season of my own demon hunting I can tell you, the bliss waiting on the other side is spectacular!!!

So much amazing stuff is on the other side of any obstacle if you’re ready to face it, feel it, own it and want to change it. Not easy. But -wow- it’s so worth it.