Could The Right Choice Be To Let It Go? 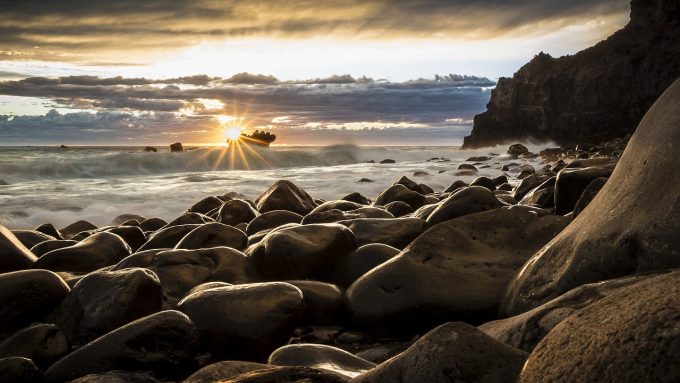 Quitting isn’t in my vocabulary.  Or it wasn’t, until I realized that sometimes it’s really worth it to hold onto things that don’t fit.

I know, this might not sound like a very big happy premise to say that it’s cool to quit on a dream, on a job or on anything else or anyone else… but there’s something big here that I really don’t talk about a lot because it sounds like an easy way to skirt the actual work and risks of making things happen, the “out of your comfort zone” type things…  Because obstacles are such a big part of growth.  Risks are amazing. So why would you ever quit?

But… then there’s the goals, the dreams, the attachments and the things that stick around and take so much energy and give so little in return that they have become a perplexing kind of clutter.

Well, best to explain it this way: I was telling a friend last year about how I wasn’t going to do anything new,  no more traveling and just stay in LA and write my family memoir. I had been saying this for years. 10 maybe.  I attempted it last year for real. I sat and stared at a blank screen for days.  I felt anxious. I wasn’t creatively blocked… I was writing… then easing because it all felt flat.  Weeks. Months.  I wished I was doing something else. I lamented.  I worried.  I wished.  He said to me,” Let this thing go. It’s just not happening and you don’t need to force yourself to try to make it work…”

I was so offended.  And then I let myself imagine my life without this thing in it.  It felt so good.

I did. I quit.  I forgot about it. I realized if it was right for right now, it would be a little bit more fluid than a pure obstacle.  It could be the wrong time. It could be the wrong approach. But one thing was certain: it was robbing me of all the energy I wanted to give to so many other things in my life.

And I felt so free by letting it go that so much creativity came to life, the best adventures, so much fun, so much action…

And I’ve seen and done it with jobs, with studies, with relationships, with jobs, friendships, business ideas… When things just aren’t working at all and it takes a superhuman effort to keep things afloat… it might be time to let it go.

Or, at the very least… let it go in the form that it’s in.

And then, free of the significance, the intense struggle and the attachment, maybe something new and better can take shape. Or, you’ll see a way to reinvent things. Or, you’ll be fine without it.

One thing is certain: you’ll lose a whole lot of heaviness that clutters up your life.

I’m not advocating the breakup of your relationship, the abandonment of your dream project or the quitting of an adventure just because it got tricky.

I am advocating you doing the most with your energy to feel the most fulfilled, without feeling guilty for letting go of stuff that just isn’t working no matter how hard you try.

I’ve moved through enormous obstacles and always felt it was worth it when I was doing something I loved. I see other people doing it around me, and it’s awesome and worth it. You’ll feel it.  The rewards are there, even if they’re abstract sometimes. I didn’t feel empty or drained.  I’ve had- I’m willing to bet- more crappy and unrewarding jobs where I was treated badly than most anyone I know- and I didn’t quit because I knew they were serving a higher purpose and I was grateful to have the ability to do other things in my free time than worry about money.   I’ve moved through really hard times in relationships to get to the good times because it was so very worth it.

It’s when the vast emptiness and draining feelings seep in… and those feelings stick around for far too long… that’s when I ask myself if something should stick around.

Now, I’m fast to let go of what’s not working when it’s consistently costing me my life and time and just not bringing anything good for long enough that it’s apparent and echoing through my life.

The path of least resistance is a real thing. It brings a lot of life to life.

Just because you let go now doesn’t mean you’ve quit forever. If you shelf a project it may find it’s perfect time years later, or months later.  Relationships even come back together after divorces!

If you’re lugging around a struggle for no good reason and no higher purpose and it’s still there because for some reason it is… you might just be right to let it go.

Imagine your life without it.  How does it make you feel?

Get some space and see if it helps you to feel refreshed and re-engaged.

It’s not always easy, but it’s always worth it.

The 30 Day Negativity Detox is a commitment to happy-making, mirror-polishing, life-lifting and simple space shifting for 30 days.  It’s loaded with lots of actions (some you may know for sure even if you’ve never fully practiced them, some you’ve likely never seen or heard of…!) that can help you detox from your own negative stuff, uncover more of your greatness and light, and see happiness everywhere you look…! There’s feng shui, there’s life-shifting, there’s lots of creativity… and it’s a daily commitment to a positive life shift… which is a positive life shift already!!!

And you can start right HERE!  I’m doing the first 30 Days with you, so let’s get started!!!