Giving Is The Best Way To Transform Your Entire World! 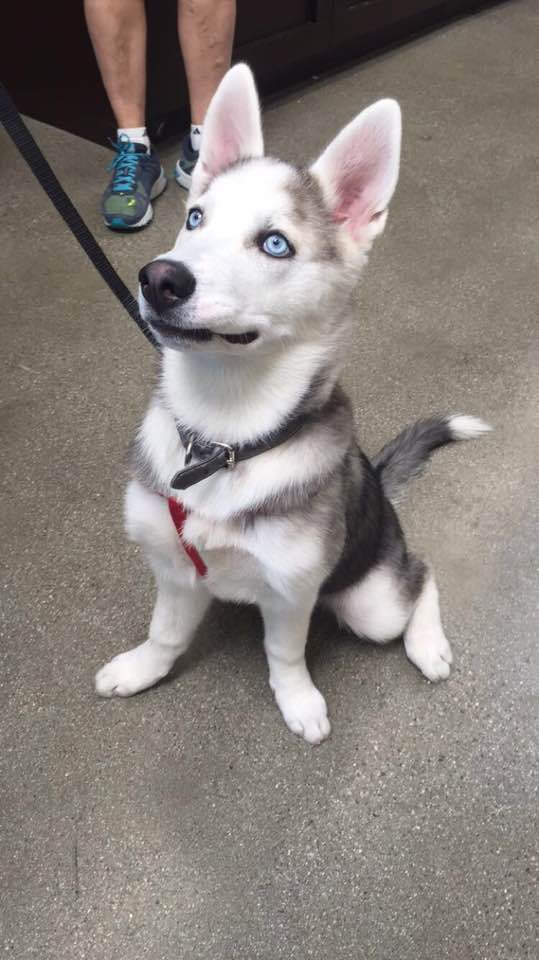 Love echoes out into the world in beautiful ways.

In feng shui, the Helpful People area of your home is directly related to your self-esteem and abundance.  Lots of people believe that means you need to find lots of people to help YOU in order to prosper, but, in truth, this is all about finding lots of help to GIVE.

When you give, your life expands. You prosper.  You grow.

Today’s feng shui is all about expanding your life by being of service to others.  The science that supports this is fantastic, and the emotion of love that starts from ourselves and echoes out into the world is the most life-lifting!

To start this off, my friend decided to start an animal rescue in the midst of her insanely busy life.  She found Stella as one of her first rescues.  Stella was boen with a rare condition that made her legs too weak to walk on her own and she was going to be euthanized.

My friends at Bea A Voice, Adopt A Dog decided that this would not be Stella’s fate.  They got to action. They helped beyond help.  They did everything they could to rally support, cheer her on and get her physical therapy.

This is Stella a few months later, ready to be adopted:

Never underestimate the power of determination, love and being of service.

This makes me want to cry every time I see these photos.  You can spread the word and help her dogs- and dogs everywhere, right HERE.

In the process of starting this non-profit, I watched my already powerful friend become… lit up from within on a whole new level of life.  Everything flourishes.  Everything expands.

Where can you be of help? How can you help more?

My sister Nicole who is a numerologist and a someone deeply dedicated to helping others, sent me some interesting science on being of service and how it adds meaning and fulfillment to life like no other achievement can.

A study published in The Journal of Positive Psychology, conducted by Daryl Van Tongeren and colleagues researched the relationship between altruistic behavior and a sense of meaning in your life. In this study, 400 subjects were asked to report how often they engage in altruistic behaviors, such as donating money, donating clothes and volunteering. The subjects who were more giving, reported a greater sense of meaning in their life. This study was controlled for self-esteem and personality traits that may have confounded the study.

Helpful acts can help your health.

A review carried out by Arthur Brook of Syracuse University (reported right HERE)  found that people who are “givers” are 42% more likely to report they are “very happy” , and 25 % more likely to say they are in excellent health.

Dr. Suzanne Richards of the University of Exeter Medical School led a team that reviewed 40 studies conducted over the previous 20 years to determine the relationship between volunteering and health.   The review found that volunteering is associated with , “ lower depression, increased well-being, and a 22% reduction in the later risk of dying.”

Investigator Michael J. Poulin, Ph.D., assistant professor of psychology at the University at Buffalo set out to test the notion that helping behavior would reduce stress and mortality. In this study, they followed 846 subjects, and interviews were conducted to gauge a baseline for stressful events and how much helping behavior was exhibited over that year.  Psych Central reported that found , “These findings go beyond past analyses to indicate that the health benefits of helping behavior derive specifically from stress-buffering processes.”

Helping others lights up your brain.

A UCLA study set out to test the neurology of people more inclined to help. The first study they showed the subjects a video of a person being pricked with a pin. Then, they asked the participants to facially replicate photos of people displaying a range of emotions, from happy, excited to sad and angry. The brain was then scanned using magnetic resonance imaging (MRI) to test for the areas with more or less activity.

In this same study, subjects were asked to play a game, where they were given $10 per 24 rounds. This game assessed the biology of decision-making, to test which part of the brain became more active in the process. These participants played a game in which the were a sort of “dictator” and got to decide how much money to give to others….“one-third of the participants who had the strongest responses in the areas of the brain associated with perceiving pain and emotion and imitating others were the most generous: On average, subjects in that group gave away approximately 75 percent of their bounty. Researchers referred to this tendency as “prosocial resonance” or mirroring impulse, and they believe the impulse to be a primary driving force behind altruism.”

Helping is a great big deal!!!

How can you be more of service?

If you think you have nothing to give, you always have something.

The more helpful you can be to the living beings that both need and want help, the more you can connect to life, the more you’ll illuminate your life and the more that you’ll soar!!!