De-Cluttering Your Space Will De-Clutter Your Mind! 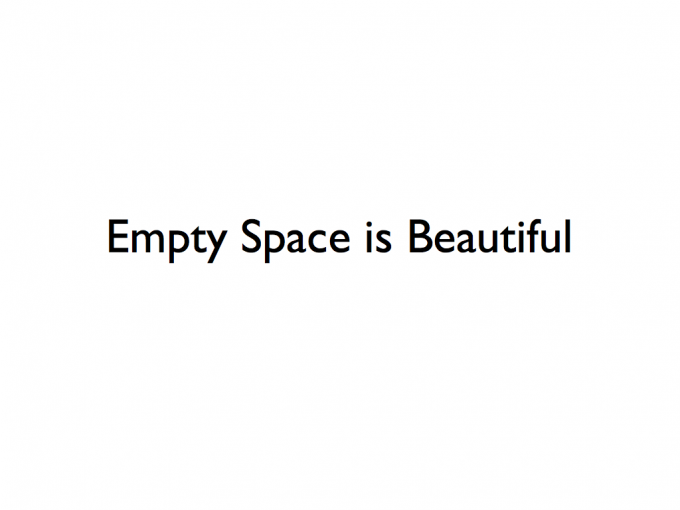 If your space is full of stuff, your mind will likely be full of stuff. Even “organized” stuff on desks, like carefully curated piles, have an overwhelming impact on your mind.

Whatever you choose to let take up space around you, especially in those piles to do, lingering, will capture your attention and use some of bandwidth that could better be spent in focus, peace and clarity.

We have a given amount of bandwidth to work with every day mentally. For example, there’s a real thing called decision fatigue. If you’re faced with many decisions (even small ones like “what should I have for breakfast?” or “what should I wear?”) as the day progresses you’ll be less able to make those decisions clearly because you start to deplete the decision bank as you move through the day.

When you’ve found yourself hitting overwhelm quickly, feeling weighed down and unable to focus, your space can hold the keys to the cure!

Are you ready for a clear mind and a much more clear sense of your power every day?!

Here’s some wildly interesting – and very telling- science about how much clutter affects our minds (and our lives!):

A study entitled, “Interactions of Top-Down and Bottom-Up Mechanisms in Human Visual Cortex” from the Princeton University Neuroscience Institute show that a cluttered environment inhibits your focus and your biological mechanisms for processing information. Clutter acts a distraction and makes your environment uncomfortable and confusing.

“Multiple stimuli present in the visual field at the same time compete for neural representation by mutually suppressing their evoked activity throughout visual cortex, providing a neural correlate for the limited processing capacity of the visual system.” (you can read more HERE)

Yes, all that stuff you see is deeply overwhelming.

In a study entitled, “No Place Like Home: Home Tours Correlate With Daily Patterns of Mood and Cortisol”, Darby E. Saxbe and Rena Repett of the University of California Los Angeles conducted a study to test if someone’s perception of their home will affect their levels of stress and depression.

The participants recruited in this study were 30 middle class families (60 people), with 2 to 3 children, where both parents worked full-time jobs and had a mortgage. Before the study began subjects were given a camcorder and asked to give a self-guided tour of their home, where they would describe there home and objects in their home in detail.

Subjects also answered questionnaires before and after the study began. Participants each provided 4 self-reports on mood and four saliva samples to test cortisol levels to determine their levels of stress. Variables such as negativity and marital satisfaction were controlled so as to not confound the experiment.

When analyzing the self-guided home tours, Linguistic Inquiry Word Count software was used to analyze how often words were used that were either stressful in nature or restorative. Examples of negative words would be those describing clutter, repair, and words that indicated their home was unfinished.

To test for stress levels, researches used the saliva samples to test for cortisol levels (a hormone produced by the HPA (hypothalamicpituitary-adrenal) axis). With the knowledge that our cortisol levels follow a diurnal pattern (or circadian rhythm), which is high in the first hour of us waking up, declining during the morning hours, and then tapering off till we reach the night, cortisol patterns were tested for the subjects.

The results also showed that women who described their home negatively (speaking a lot about clutter and unfinished projects) had lower marital satisfaction and flatter diurnal slopes of cortisol, and chronic stress, which can be linked to depression and adverse health.

The UCLA Center on Everyday Lives and Families studied 32 families and what the material objects they kept in their homes.

“• Managing the volume of possessions was such a crushing problem in many homes that it actually elevated levels of stress hormones for mothers.
• Only 25 percent of garages could be used to store cars because they were so packed with stuff.
• The rise of big-box stores such as Costco and Sam’s Club has increased the tendency to stockpile food and cleaning supplies, making clutter that much harder to contain.
• The addition of costly “master suites” for parents proved the most common renovation in the homes that were studied, yet the spaces were hardly used.
• Consistent and troublesome bottlenecks emerged in the homes, yet families rarely devoted renovation dollars to remedying these obvious problems.
• Even in a region with clement year-round weather, the families hardly used their yards, and this was the case even among those who had invested in outdoor improvements and furnishings.
• Most of the families relied heavily on convenience foods like frozen meals and par-baked bread, yet they saved an average of only 10 to 12 minutes per meal in doing so.
• Fragmented dinners — those in which family members eat sequentially or in different rooms — threaten to undermine a sacrosanct American tradition: the family dinner.”

Our cluttered lives — cluttered with stuff, with obligations, with too much information, with too little space for self-care and togetherness— are undermining our wellness.

The UCLA Center on Everyday Lives and Families also found:

• a link between high cortisol (stress hormone) levels in female home owners and a high density of household objects.The more stuff, the more stress women feel. Men, on the other hand, don’t seem bothered by mess, which accounts for tensions between tidy wives and their clutter bug hubbies.
• Women tend to associate a tidy home with a happy and successful family. The more dishes that pile up in the sink, the more anxious women feel.
• Even families that want to reduce clutter often are emotionally paralyzed when it comes to sorting and throwing away objects. They either can’t break sentimental attachments to objects or believe their things have hidden monetary value. (and you can read more HERE)

After spending years watching thousands of people interacting with the Feng Shui Camp materials to find that as they become de-cluttered in their homes, schedules, digital world and even decluttered in their vision for their own lives, so much energy, peace, opportunity and power emerges, I know these science studies are real. They’re just the tip of a big iceberg.

As we get more and more flooded with fast fact, streaming information and too much stuff… we lose our power.

Take some time and make the space for the life that you dream about.

Peace of mind can be a few trips to the recycling bin away from you!!!

And, if you want to dive in to your own personalized feng shui in a modern, practical way, Say hello to Feng Shui 101.

It’s the guide I made for you to create your own personalized Feng Shui at home, in the office, wherever you may be… in 8 weeks.

It’s not filled with strict rules or what you “must” do.

It’s filled with information, questions, exercises and even videos and classes to help you confidently create amazing spaces with killer Feng Shui and live with more flow.   Learn more about the 8-week Feng Shui adventure & grab your copy to get started right HERE…

And, as always, please let me know what happens!