The Energies Of The Chinese New Year Of The Fire Rooster! 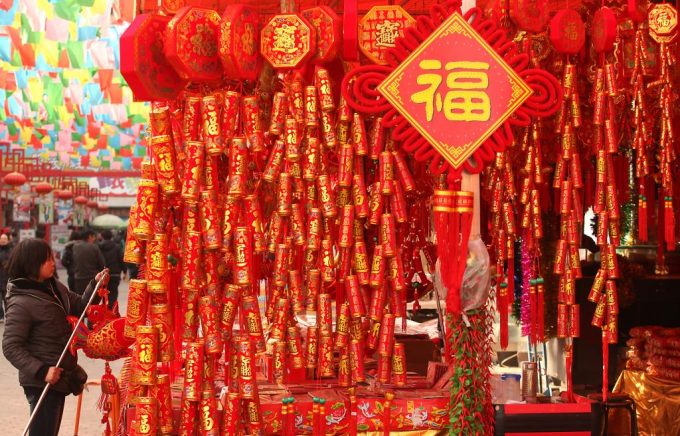 While I split the difference and see change after the New Year of January 1st as well as more energy change when the new Chinese New Year starts.

One thing I’ve never liked about reading up on this is the idea that good or bad luck can come to you in a year based on when you’re born.  You know how I feel about this: you make your own luck.  So if you dive deeper into reading about how the Year of The Fire Rooster (or Red Chicken) may affect you, do it with a big grain of salt!

Today, let’s look at some of the energies of the New Year from my original feng shui teacher and mentor, Gabriele Van Zon!

Celebrate Yang and Yin of Seventeen with the Transformation of the Rooster! by Gabriele Van Zon, Feng Shui Universal

We will happily wave good bye to the Monkey of 2016 and welcome the Rooster of 2017.  Most of us are fed up with what Lillian Too had predicted to be the black year of the Monkey.  Chinese astrological interpretations foresaw a lot of illness, destruction and negative surprises that we now hope will no longer be on the radar.  So let’s usher the Monkey out of our lives and light a path for the arrival of the Rooster.

Feng Shui strives to capture the essence of the zodiac animal of the year and apply it to the person place connection.  Three types of bird energy are our options in 2017, the Rooster, the Chicken and the Phoenix. As the head of his flock, the Rooster, in flamboyant splendor, calls to action at early dawn.  Legend has it that he was chosen to be one of the twelve because of his wonderful voice.  Since flying animals were not allowed, the Jade Emperor put a flower on his head and gave him permission to compete.  Racing against the Dog, he ended up flying toward the finish line and placed tenth in the competition.

The yang Rooster stands out among his drove, sometimes with a cocky attitude.  He is number one in his roost.  In 2017 the magic square of the Lo Shu, which is the equivalent of the Feng Shui Ba Gua, is ruled by the number one in the center, indicating a year of transformation.  Think about what in your life you would like to see transformed, the one major change you’ve been waiting for, and tune in to the authority of the Rooster.  Transformation and balance are the two major mandates for the year with the Fire Rooster calling to action.  Since his innate element is metal, he takes pride in his impeccable appearance.  The Rooster expects discipline with strict observance of rules and protocol.

If the Rooster and his antics have you all stressed out, look for the humble Chicken and emulate some relaxing yin.  The Chicken is nesting, nurturing and providing.  After a long day out and about in Rooster mode, we need to return to the yin ambiance of a nest and a home-cooked meal.  Soft surroundings, ambient lighting, calming sounds and soothing scents will be the antidote to the excess yang of the Rooster.  Once we strike a happy medium between the modest Chicken and the stately Rooster, we might be ready for the transformative energy of the Phoenix.

The mythological Phoenix appears in all cultures and religions from ancient Egypt to modern Christianity.  In Chinese cosmology, the Phoenix stands as the symbol for the empress, second in rank to the Dragon symbol of the emperor, and is available for use by all women in the Chinese tradition.  The Phoenix comes to earth with a premonition of great events for human beings.  In modern interpretations, as in Feng Shui, the Phoenix can be used as symbol for one’s greatest aspirations.

The Phoenix is the ethereal bird of transformation and is considered immortal.  In a fiery ritual of self-destruction, it will always revive and renew itself and then rise from the ashes in glorious resurrection.