Feng Shui To Rise Up To Your Highest Potential 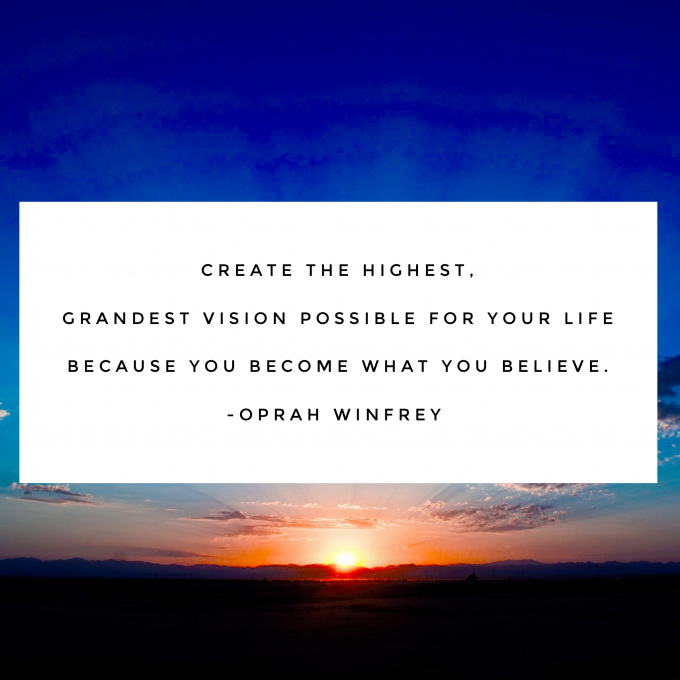 Yes, you do.  You become what you believe… and it’s all created by what you actually think, say and do all day.

If you’ve been in a habit of not believing you are worth the great stuff in life, today, let’s look at the coolest blueprint to rise up to your highest potential!

“What is necessary to change a person is to change his awareness of himself. ” – Abraham Maslow 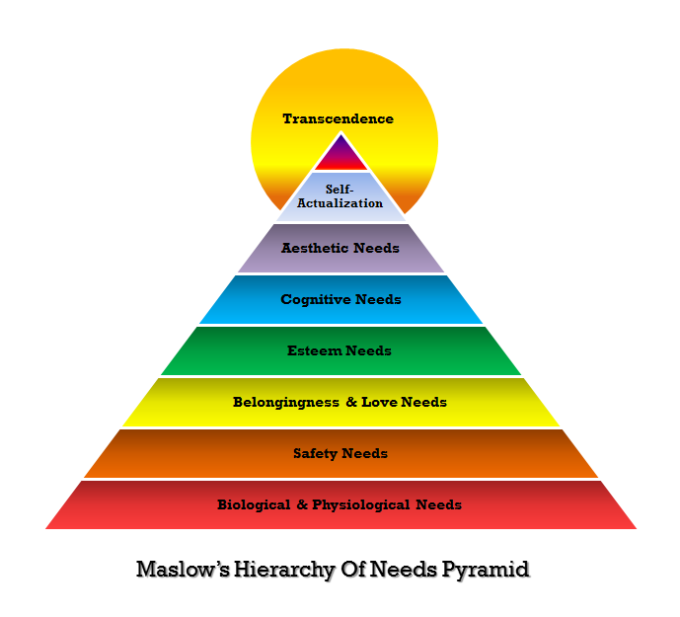 Oh, how I love Maslow!

Abraham Maslow was a psychology researcher prominent in the 20th century best known for developing a humanistic approach to psychology. The humanistic psychological perspective looks at the entire person, not just through the observer’s perspective, but also through the actual actions and behaviors of the person.

What’s also incredibly cool is that Maslow focused his research in large part on successful and “fully actualized” people who were living up to what they considered to be a higher potential in life.

In this theory, an individual must satisfy their lower needs, before they can proceed to meet the needs of the next level.

The model begins at the very bottom of the pyramid with the basic need for survival, which includes, water, food, shelter, and air.

Next in the gradation is the need for security, such as order, law, stability, financial well being and a sense of security.

Once an individual completes these levels they can move on to the tier of love and belongingness – this is the need for trust, affection, love, friendship and intimacy.

Then, as you move up the pyramid, there are needs for independence, respect and self-respect – these are your esteem needs.

Then in the higher realms are the spiritual awesome mind-blowing art moments.

You can experience and have all of these things in a differently order, but, if life isn’t working out well, if you look at the pyramid you can see where you may have skipped a step or a step may have gotten out of whack.

The idea is that these people who succeed in stable ways don’t skip a step, or they correct a step if it falls off balance. For example they don’t ignore the need for a sense of financial well-being (bottom of the pyramid) while they pursue art. Having a stable financial situation of some sort is vital to being able to sustain this creativity.

When all these needs- all the way up the pyramid- are satisfied one can then reach the point of self-actualization, which is the point when the individual seeks personal growth and self-fulfillment.

Since the time of Maslow, this hierarchy has been extended to include:

Cognitive needs – knowledge, understanding, curiosity and an understanding of one’s environment, which will enhance predictability in outcomes of social situations.

Aesthetic needs– which is the search and appreciation for beauty and balance.

So, the idea is that as we create a stable life and shore up anything that’s a bit of a weak link in the pyramid, we rise to more stable levels of bliss and expansion!!!

Enter Carl Rogers into the picture next.

He was also a humanistic psychologist and a firm believer in Maslow’s ideologies, believed that for a person to self-actualize “grow” they needed an environment that allowed them to have genuineness, acceptance, and empathy.

Simply Psychology notes: “Self-worth may be seen as a continuum from very high to very low.  For Carl Rogers (1959) a person who has high self-worth, that is, has confidence and positive feelings about him or herself, faces challenges in life, accepts failure and unhappiness at times, and is open with people.”

He also believed we have an “ideal-self” and a ”self-image” and coined the term self-concept.

Self-concept is defined by the beliefs and perceptions one has about them self, and the importance here is that they remain consistent and congruent.

What do you believe about yourself?

Simply broken down, this idea self-concept is made up of 3 components:

Self –worth: which is also known as our self-esteem and the way that we think about ourselves.

Self- image: this is how we view ourselves physically (body image) and personality (am I good or bad person?) This in effect will influence the way you act in social situations. In turn you become what you project because how you feel about yourself rotates back to you in the form of other people’s perceptions…sometimes causing a continuum of a patterned self-image.

Ideal- self: This is the notion of being the person that you want to be, living out your truth, living with goals, and having ambition to manifest this into a reality.

The importance of his theory lies in the idea of congruence.

Congruence is the quality or state of agreeing or corresponding.

Congruence is when your life is in alignment with who you want to be.

Rogers believe true actualization could only be achieved when your ideal-self (as described above, who you want to be) falls in line with, or is congruent with your behavior or self-image (behavior).

As stated in the article entitled, ”Rogers’ Humanistic Theory of Personality”,

“High congruence leads to a greater sense of self-worth and a healthy, productive life.”

A study conducted, by Jennifer Crocker, PhD at the University of Michigan’s Institute for Social Research surveyed 600 college freshmen at three different points throughout their college year. This study showed that people who rely on others approval for their self-worth can actually be harmful to academic performance and overall health.

Students who based their self-esteem on internal sources–such as being a virtuous person or adhering to moral standards–were found to receive higher grades and less likely to use alcohol and drugs or to develop eating disorders.”
What does this all mean to us who want to expand our self-value and feel more and more deserving of great things and open to incredible new things every day?   What does it mean to someone who wants to start rocketing forward in life?

There are so many amazing things to crate every day, and the better you feel, the more you are open and deserving, the easier it will be!

You won’t have to dream about a life that’s awesome any more.

You’ll be living that awesome life every day!