How Much Do You Trust Yourself? 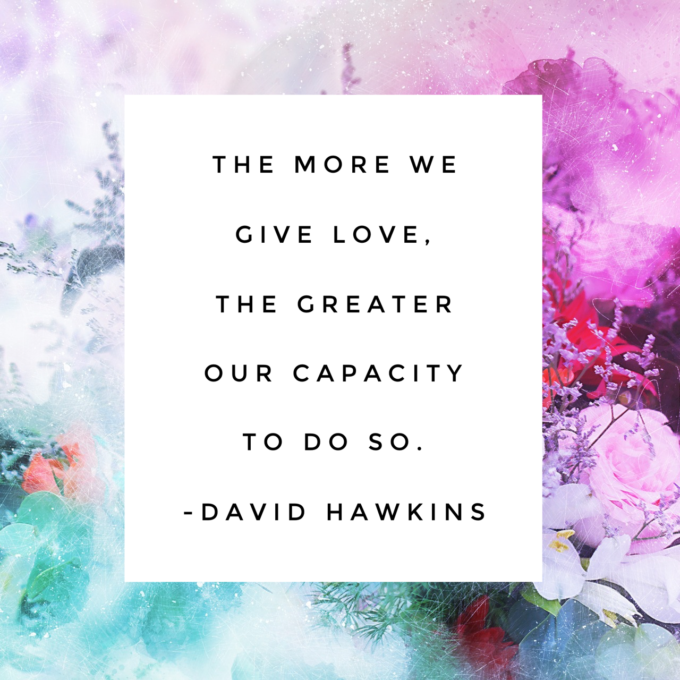 Succulents are prepared for days without rain. They’re perfectly organized. They are resilient.

And we are, too, when we’re allowing ourselves to flow like nature in life.

When we stop ourselves, though, choosing to stop the flow in life for a multitude of reasons, the resilience fades.  We become more rigid and stuck and held back.

I know you don’t want to feel held back, and I don’t want to, either, so today let’s chat about freedom, trust and the greatness of forgiveness!

I was grocery shopping one day years ago, I think in the nut butter aisle, when a profound phone call came in from a dear friend. She found out that her boyfriend was a complete and utter fraud.

All she kept saying over and over again is, “How could I have attracted this into my life? What is wrong with me? What’s in my vibration that attracted this?”

I stopped in my tracks.

She knew it for over a month and once she knew, like many of us have, she stayed and convinced herself it was just a strange feeling…

For the year to come, she didn’t trust herself.

I had been at a job with an adversarial woman targeting me for no apparent reason (when asked by others why she was doing it, she said, “I don’t really know why, but I am.”) and I was secretly wondering the same thing about myself at that moment.

I had made a big decision to fight back in my situation, and it was the very wrong decision.

I found myself in a nearly year-long painful struggle with a woman so cruel that she was disallowed from a program that rewards ambition and craftiness because they also reward ethics.

For many years I didn’t trust myself. I didn’t want to be seen, heard… I really lacked ambition because I had made such a bad decision.

It’s a thinking like : if I hold on to the mistake long enough, and suffer enough from it, I won’t repeat it again.

But, in the process, not only did I repeat the same thing again in a totally new way… I also stopped myself from moving forward.  So did my friend.  And so  have all of us who made a seeming mistake that seemed to be so shocking that it was hard to forget and hard to forgive.

I was forced into self-love and backed into a wall to forgive myself.  I landed in the hospital with, of all things, an auto-immune condition where my body started attacking itself. Exactly what I was doing, mirrored in my body.  I spent weeks there, forgiving myself and everyone else involved in these moments of judgement that ate away at my life and drained my energy.  I started to heal when I allowed myself to love- and forgive- completely.

Loving all the mistakes- especially when they are bound to other people- is healing.

We talk a ton about Energy Vampires in the Camps, including the Love Camp coming soon,  and when you’re around people who drain your energy and spin you around, they’re often charming enough that you’d trust them, I mean… they were so nice!

Who knew that a backstabbing toxic person was lurking, or a gaslighting partner or another version of toxicity that wasn’t ready to be healed?

Forgive yourself because you did the best you could with the awareness you had at the moment.

If you don’t forgive yourself, that seeming mistake and all its energy will linger and the awareness won’t change.

Someone suggested I start saying prayers for the happiness of the woman who made it her mission to tear apart my former career.  When I was finally moved to do it, I never thought about the situation again.  It feels like a past life, so light and far away.  I can see it all clearly, and I know that she was in a very dark place to do what she did, and I was in a dark place to fight back and try to defend myself.  I imagine if I wasn’t bothered by it, she would have stopped.  Or, I would have left sooner and had a full year of more happiness!

Wherever you aren’t trusting yourself, see if there’s someone- namely you- to forgive for any steps you took that weren’t optimal at the time.

Where you aren’t moving forward, see if you have people you can send love to, even if it’s not easy to approach at first.

The more love you give the more you have to give.

What a huge concept!

Love speeds like forward where it was rolling into reverse.  It melts the regrets and frees us from self-inflicted punishments and toxic ties.

I had a “healer” once do a few of the scariest things I have ever experienced to me and people around me who I love.  I was in such fear that I was paralyzed. Forgiving myself was the hardest part because I really thought I got the lesson this person brought to me a long time earlier in life. But I didn’t resist all the emotions.  I let myself cry, write, chant and burn sage with abandon.  It was gone in a day or two, and, once I really forgave myself I could really have compassion for this person fully.  I also was 100% freed from all the energy that this situation brought, and it faded away with a lesson (I think!!!) that’s fully learned.

Moral of the story- a path to freedom is to forgive yourself and let it go.

There’s so much incredible life to live and no one can teach us to trust ourselves except us!

In the service of your dreams and your amazing life, love yourself enough to forgive and keep on growing.

With so much love,