One Big Energy Block To Success That’s Life-Changing To Clear! 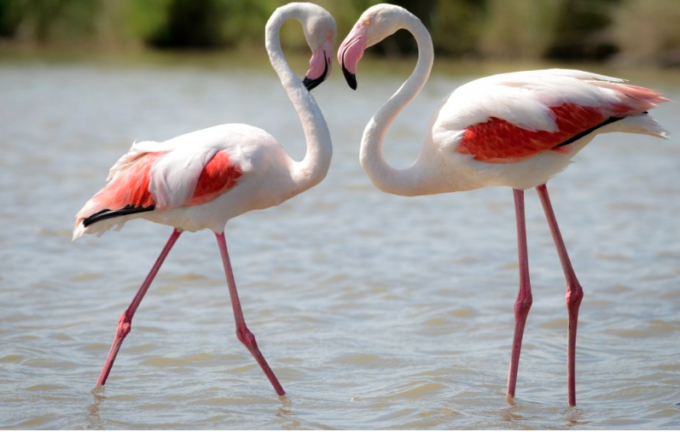 (oh how I want to go on THIS tour to see these birds!)

We all want to be loved, accepted, treated equally, cheered on for our successes and supported when we fall. The thing is… not all of us have “groups” that we belong to that will celebrate our living our truth, they may be threatened by our ideas or disagree with our choices if we decided to step out of the fold and be ourselves.

Consequently, wanting to be loved and accepted by our group (family, friends, neighbors, co-workers, etc) often rivals allowing ourselves to be powerful, creatively free, self-expressed and all that magic stuff.

Conformity has it’s benefits, but not when you’re conforming to standards that oppose, limit or put a lid on your genius. The greatest of wealth and success and fully being “all you can be” all begin by being yourself. Your vibe- as it’s been said— will attract a tribe that get’s you, even if your current tribe doesn’t!

Why We Feel The Need To Belong?

People have a desire to belong because it provides a sense of social support and comfort. Psychologists have also found that along with allowing people to feel socially supported, this feeling of belongingness, “…has beneficial effects on the cardiovascular system, the endocrine system, the immune system, and even on gene expression (Cacioppo & Patrick, 2008; Uchino et al., 1996). Being social excluded seems to have a negative impact on all people, even when people are rejected by those who they vilify (Williams, 2007)”. The feeling that you have a true consequence on others and have a meaningful place in the world has many benefits.  (more is HERE)

In Abraham Maslow’s theory of self-actualization, he uses a model of motivators or needs that we have in a specific order for ourselves to exist at our highest potential. The model is shown as a hierarchy comprised of five levels. In Maslow’s theory, you must fulfill the lowest and most basic of needs, you can not move on to the next level, and therefore cannot ultimately become your highest self.

Abraham Maslow discovered that people can become their highest self through motivators, such as necessities we all need to exist….such as air, food, water…and a sense of belongingness.

The desire to belong can cause people to conform—going along with other’s beliefs even if you do not agree with them. In a sense, it’s forfeiting who you really are inside, just to feel accepted and a part of a socially desirable group.

Exploring this further is interesting. I had always been a non-conformist, and at key times in my life when I doubted myself or lacked a clear goal, conforming became my highest priority.

To conform is to take on the beliefs of others as your own, in order to fit into a group. When taking on these beliefs, a spiral occurs in which we also exhibit actions that align with these beliefs, resulting in behavior and consequences that are not our own. The resulting behavior can be the outcome of blatant social pressures, but more times than not, they are unconscious in nature, and occur without our conscious awareness and consent. People want to feel a sense of sameness and belonging. (there’s more on this here)

Conformity can occur through a normative social influence termed “social compliance”. This type of conformity occurs when a person changes their opinions and behavior to fit in with a group. As noted in Revise Psychology: “This type of social influence is associated most commonly with compliance (going along with the majority even if you don’t accept their beliefs because you want to be accepted). ”

A perfect example of unconscious social conformity can be seen in this classic experiment by Dr. Solomon Asch…his Conformity Experiment.

Asch conducted a study to test conformity in a laboratory setting with 50 male students from Swarthmore College. The subjects were asked to take a vision test in which they had to determine which two lines were of the same length. Of the panel of students, only 1 was a subject, meaning the rest of the students were in on the experiment and purposely gave the wrong answer. It’s important to note, that when each panelist gave their answer it was verbal, so the subject heard their answers, before he answered for himself.

As explained in Simple Psychology:

Here is a video of the experiment by Dr. Asch and Prof. Zimbardo of Stanford University explaining the results:

This is an excellent video from the TV show Brain Games showing modern conformity.

So, where does this leave us?

It’s a part of life (that’s great!) to want to belong. When you belong to an empowering group, who wouldn’t want to have power in numbers.

It’s potentially a slippery slope when your group (those around you) aren’t behaving the ways you want to act, or believing in values that are true to you. For many reasons people hide themselves in order to be loved and accepted, burying their talents, ethics, soul’s passions and so much more in order to have a “tribe.” Ultimately, just like in the waiting room video, they may conform even though they don’t “want to” consciously.

If there’s one thing I’ve learned in my personal life, it’s that authenticity draws the people to you who are in sync. The people I knew at the times I tried to conform are not in my life. Being yourself is daring (especially with all the pressure to conform!) but it is the greatest of magnets.

Wherever you feel stuck in life, see how much you’ve been your full-expressed self. How much have you shown up in this area of life? How would people around you feel if you succeeded?

One incredible block to money and success is a deep fear that you’ll be ostracized from your group.

Do you feel that?

You’ll find the group that doesn’t require changing one stitch of who you are in order to be a member. That’s the group that you’re going to thrive with…!!!