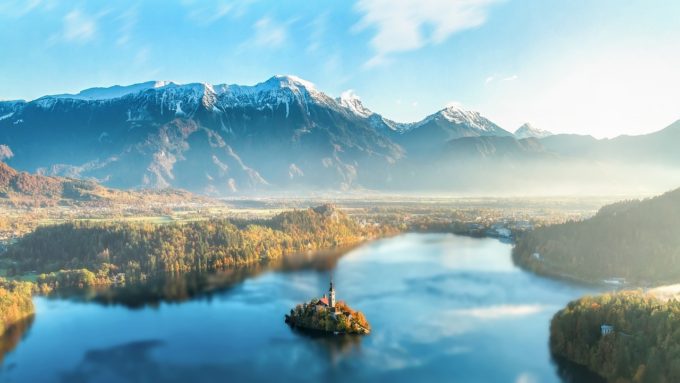 If you feel like you’re powerless in a situation that is full of potential, you’re not alone.

Lots of us have been taught that “there’s only so much you can do” or “luck just isn’t on your side.”

I’ve had plenty of situations where everything was seemingly stacked against me and well-meaning people tried to console me that I could always do something else, I could aim lower, I could try less, I could be happy with what I had, even if what I had wasn’t enough, or I could get rid of my standards and see my present results as something to be proud of.

I tried all of the above when I believed I had no power to change things.

It’s like reading a horoscope that says that the planets are against you, or the news that says the economy is in crisis, and suddenly you’re in trouble, even though there was no trouble before.

No one is to “blame” because this is sort of the general ethos — either you’re lucky or you’re not, either the chips are stacked on your side or they’re not. Some of these ideas get wired into us, like we’re computers with a program that says… “Oh, now, there’s nothing you can do…”

All of this has led me to places and decisions in the past that have spiraled to places I wish I’d never seen- desperation, illness, fear, and… living without a voice.

To move from this place of “I am so screwed,” to ,”I’m on top of the world,” isn’t a big leap. It’s all a decision. Shifting the energy in your life will start many waves of change!

I’ve developed a belief that’s been tested over and over again, and never fails to succeed. I didn’t get the most rocket-ship-like results at first, because, well, I didn’t think it was possible to do that overnight. But I did get results, and with practice, I got the kind of results that taught me just how much influence I have over my life.

It’s one of the reasons I started the Cash Camp full of wealth-building feng shui and it’s as practical as its seemingly magical. It’s not just me who does this— I’ve now seen thousands of people do it, too.

I believe I can move things with my energy.

I know, if this sounds off or weird, you’re not the only one… but… stick with me.

Where you put your energy, things will grow. The passion gets lit. The doors open.

And I started to see that even if I didn’t know how I was going to do something, I knew that I could do it if I stayed super-focused on the results.

When I work with clients, we do long term and short term transformation. The long term changes work deeper and are profoundly resonant. The short term- easier- transformation: this is the way that people start to see change is possible. Change that they create. Change they initiate.

When you can instantly change the shape of things, you can see you do have power.

Try opening a drawer that’s a mess right now and commit to cleaning it up.

Every single moment we have those choices and those potential transformations at our fingertips.

Part of realizing that you can, effectually, move things with your mind is realizing that nothing is against you unless you are willing to believe that there’s nothing you can do and that this force of change can topple you.

I don’t live in a world of challenging people when they’re deep in digging heels into the ground and saying how much they can’t. I can suggest alternate perspectives, but I know I am setting myself up for a useless battle if someone isn’t wanting/ ready/ willing/ able to see that things are possible.

I spent most of my life, from as old at 5 or 6 that I can remember clearly, trying to convince adults that they actually can do things if they wanted to. But, they didn’t want to. They were very sure they can’t and they couldn’t.   Couldn’t get a job, couldn’t overcome fear, couldn’t change habits, couldn’t see a better way, couldn’t quit living in the past…

If I couldn’t change them, at the very least, I would save myself from falling into the same quicksand and, maybe, one day, start making everyone’s lives better somehow.

My family had less than no money and not a lot of resources to influence things like wealthier friends. But, my mother, my angel, told me I could do anything I wanted and always found a way to help me get into anything I wanted to do.

I dug in my own heels and committed to moving myself out of my hometown in New Jersey with every ounce of my being. I committed to every single thing I could do to see the world and find a new way. I found overseas exchange programs and went to Brazil for a summer at 16, spent a summer in New York studying economics, spent hours every day with my door shut and my head in books, dreaming of my future. I made lists, I wrote out my life as I saw it playing out despite all odds that I didn’t believe in, and I saw things shifting around me.

I was told by my own school to aim low and not get to confident about college because I needed a plan B, I was told I wasn’t qualified to go to Harvard, Yale or Princeton so I should look at other safe options. I was so certain, I told my guidance councilor he was useless and he’d be sorry he said that. I didn’t need to convince anyone else that change was possible— I just needed to change.

If you read my college essays you could only imagine what my traditionally minded guidance councilor thought about how crazy I was: teaching aerobics in Brazil, hanging out by myself in Venice at 14 for a summer, getting lost in museums, being raised with mafia people (they were real!) everywhere.   It was all art. It was all unlimited. It was my truth. And: I would not be denied.

I wasn’t denied. Anywhere. I got accepted early to Princeton and decided I’d rather go to Stanford where I felt it was more progressive. I didn’t need a Plan B, I didn’t need to plan for the worst, and neither do you.

Not a fiber in my being would accept anything less.

When you’re willing to do whatever it takes to make a change, you can have the influence you want.

I’ve told this story before but it’s so seminal to why I think the way that I do, with just about every force in the world stacked up to tell me that I can’t, that it bears repeating.

Did I lose that fire after a while?

When I had nothing I really wanted that badly, I lost that fire. When things felt pointless and not worth fighting for, I could care less. I had no spark because I wanted nothing badly enough.  I wasn’t motivated my money— I was motivated by self-expression and change-making and I had to find a new thing that I wanted enough to summon the forces that I knew I had to make it happen.

Make sure you want things… a whole lot… in a way that radiates from your heart.

It’t the secret sauce to influence and all this moving mountains with your mind.

If you don’t want a relationship, a goal, to go to the gym, to live in your city or anything else— why would you summon all the energy in the universe to make it happen?

Don’t cheat yourself. Go for your personal gold. You can have this. It’s not about how qualified you are, how much the stars are aligned or how much of anything else is on your side…

It’s about you being on your side.

If you’re frustrated, freaked out, comparing yourself or feel like all is lost, you’re not expressing yourself fully in life.

Gather up your magic. Start speaking up. Stop censoring yourself. Be who you are and do not apologize for yourself and your power.

Move things with your mind, heart, creative spirit and energy.

Don’t worry about how… just start. And, don’t stop.

The Universe responds to your certainty.

So does everyone in it!