Your Patterns Are The Key To Your Breakthroughs! 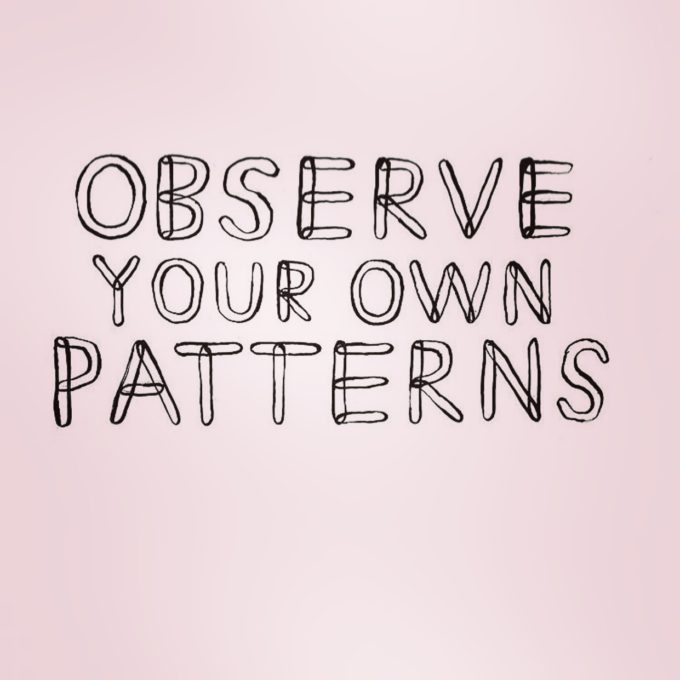 Every time I stand in front of groups of people and talk about using Feng Shui in the ways that I use it, there’s a common thread that comes up that is incredibly important.

It’s the core of change-making, space-shifting, energy clearing and pretty much everything else.

Your patterns — even (and especially) the ones you don’t want to experience any more— are the key to change-making in ways that are profound and lasting.

“I keep doing this even though I’ve tried to stop…”

These are just some of the words that are patterns.

Beneath them, in my view of life, are some beliefs that are lingering and fulfilling a prophesy you may not realize is active in your life.

We all have patterns. If they’re negative, it’s become particularly hard to admit or discuss them, especially if you’re interested in the Law of Attraction, etc, etc.

Lots of us have been led to believe that negativity should be gone at all costs in order to manifest a great life. It’s all shared so often that one would think it should be easy to just turn off those negative thoughts or stuff them away or instantly transform them, you know?

So, we deny the negative beliefs and then we’re then in a pickle because everything negative gets stuffed in closets and swept under rugs and it’s now hard to see what is actually standing in our way. It’s also really demoralizing to have these negative patterns come back (!!!) after we’ve worked so hard to be positive.

Clutter doesn’t disappear because you’ve stuffed it away. Neither do deep-seated negative beliefs. They don’t just vanish because we’re denying them or don’t want to deal with them.

Don’t be afraid of negativity. Or clutter. Or mess.

Dive in. Feel it. See it. Find tools to really deal with it. Deeply. Not to pretend it’s not there, but to heal or sort whatever’s been off kilter.

Your home is an awesome tool to support you in the pattern shifting on a level that’s deeper than you may have imagined. 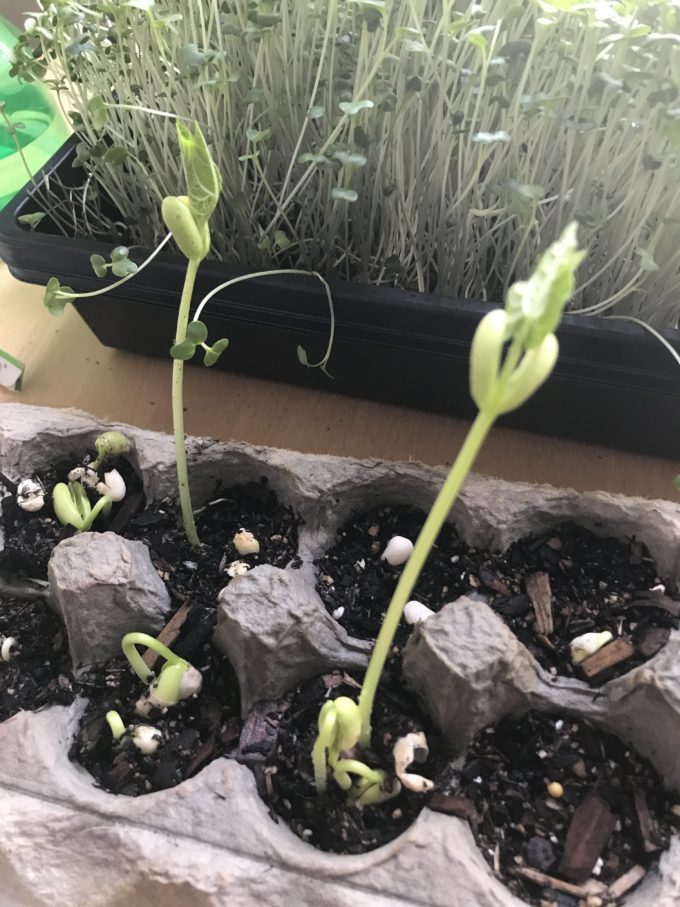 These green bean seeds were not growing. I was really annoyed by it and felt like it was mirroring something deeper within me— all the future projects that I’d been ignoring.

I let myself feel it– this real frustration– and got into action to weed out this negative feeling at it’s roots.

I started putting attention on my life in a deeper way. The energy I invested into my spiritual practice got tuned up and amplified. The energy I put into self-care started to shift into high gear. I started allowing myself more time to play with structuring the future in more detail, no matter how busy I was. It wasn’t “rainbows and unicorns” of easy and I saw a whole lot of dead weight ideas and beliefs that I had to purge by getting into them and slaying those demons.

And, when I looked at those seeds, not sprouted yet, I stopped being annoyed at them and started giving them extra water, extra kind words and extra visualization. Even though they were not ideal in their egg carton to sprout, I knew I would make them as ideal as possible.

After a huge week working on future projects culminating in a stunning day in San Diego with incredible people where the future projects suddenly materialized into my present projects (!!!), the bean sprouts started shooting up. Big ones, leaping out of the carton. All the seeds started cracking open exuberantly and stretching out.

It’s never an accident why things aren’t growing. Be it money, love, peace, wellness, creativity or anything else: the habit or patterns that’s running on “automatic” that stunts your growth is also demonstrated clearly in your home, your habits, your energy…

And, when you decide to dig in and pull that cycle out from its roots— even if it’s not simple or particularly high-vibe— it’s going to unlock so much power that’s been trapped.

It’s like clearing the closet or deep cleaning the house.

Don’t be afraid of your negativity. Let it guide you to the steps that will set you into higher realms.

The breakthroughs are always waiting.