Mindful Meditation And Visualization In The Morning Are Super-Powerful! 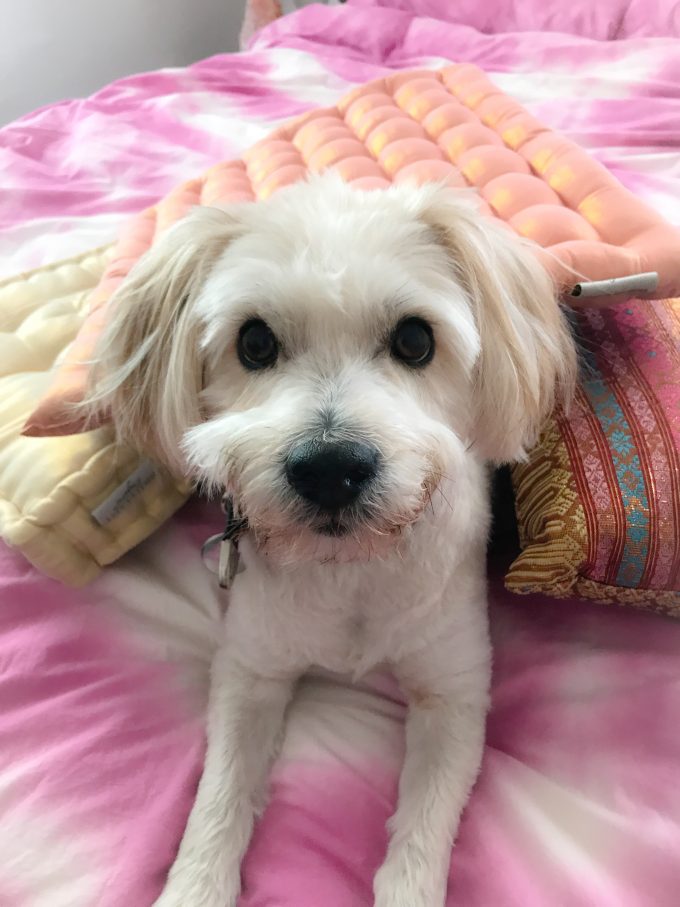 When I wake up and immediately do ten minutes of visualization still laying in bed then sit down to do my morning Buddhist practice without tea, without checking emails or doing anything else— that is my magic morning formula.

I’ve had to consciously set up my space so that I would do this. Fluffy floor pillows that are inviting, salt lamps beside me with a coral glow, a little spritz of aromatherapy to wake up the room… all ready for me to sit right down and make this happen.

I am not my best self.I’m not creating my days.

When I am on my path of absolute morning magic, I’m unstoppable.

The difference is VAST.

And it turns out there are scientific reasons why!

Let’s talk today about those first 20 minutes of your day and how to make the most of them.

This can change if we consciously change it!

You are not the victim of your mind— you are in the driver’s seat!

Visualization practice can help put you at cause over the day. It’s a wickedly powerful way to master your mind rather than let it master you.

I’m not an advocate for every school of meditation by a long-shot, but simple closed eyes, deep breathing and mindful awareness moments are definitely on my roster.

Let’s start at the start— the first moments of the morning.

The first 20 minutes of your waking state sets the tone for your day.

This is when your brain waves are operating at 10.5 cycles per second and are considered the most impactful. It’s known as the Alpha state, (ranging from 8 – 13Hz) or cycles per second. This Alpha state is considered to be the gate to your subconscious mind, feeding yourself with calm and positivity during this alpha state can allow your mind to be more clear and present throughout the rest of your day.

Meditating and visualization techniques can be less effective, if even achievable, during our completely conscious waking state. This is when your mind is in the beta state, (12Hz -40Hz), which is when your mind is best at focusing, problem solving and task completion. When your beta frequency is too high, it can provoke anxiety, stress and an inability to relax. When your beta frequency is too low you can experience poor attention, poor cognition and depression. In the beta state we lean towards thinking about external stimuli— the world around us— rather than turning inward.  (you can read more on this HERE)

In the alpha state, you are generally more: calm, positive, relaxed and more likely to think introspectively rather than focusing on what is occurring around you. This is also the time when your subconscious mind is most porous and receptive and thoughts generated at this time, can serve to guide your mind/thoughts for the remainder of your day. (you can read more on this HERE)

Visualization is literally creating pictures and movies in your mind.

The occipital lobe of the brain is not only the place where alpha waves are created, but it’s also the area of your brain where visual images are processed. This makes the first 20 minutes of your day, the time when your brain is naturally in the alpha state, a highly effective time for visualization.

Studies show that visualization prepares and trains the brain for optimal performance to better attain your desired outcome. According to Psychology Today, the imagery created while practicing visualization has been shown to “…increase confidence and self-efficacy, improve motor performance, and prime your brain for success, and increase states of flow – all relevant to achieving your best life!””

Meditation can be simple mindful breathing with your eyes closed, a guided meditation or a visualization (active meditation)

It’s been scientifically proven to reduce stress and anxiety.

According to GoodTherapy, meditation can, “….trigger the release of endorphins and also helps increase dopamine, serotonin, and melatonin. This cocktail of chemicals flooding the bloodstream leaves the meditator feeling calm, happy, and content. One study found the effects of running and meditation on mood to be very similar—both activities produce endorphins and lead to positive feelings (Harte, Eifert, and Smith, 1995).”

It can help you become more mentally agile, switching between tasks in a day.

A study at the University of Washington reported in Scientific American discovered that people who trained in mindfulness meditation 2 hours a week for 8 weeks were better able to focus on multi-tasking tests compared to the control group who had not had such training.

The mindfulness meditation group also noticed interruptions (alerts on computer screen) without losing focus to the task at hand, better than the control group.

It’s all so simple. And it’s all readily available.

Close your eyes and start seeing things as you’d like them to unfold.

The more you do it, the more sensory rich it will become.

If you want to make it easier to make this morning routine stick, se up a space that’s dreamy! There’s more on this HERE!

P.S.: There is a REALLY BIG something NEW that’s coming soon!

It’s Feng Shui to align your energy and your home so that you can manifest more of what you want on a higher level with greater ease!

To kick things off, the FREE Feng Shui video series to set up your home for a breakthrough starts soon!  Sign up HERE!