The Things That Don’t Work Out Can Be The Greatest Blessings! 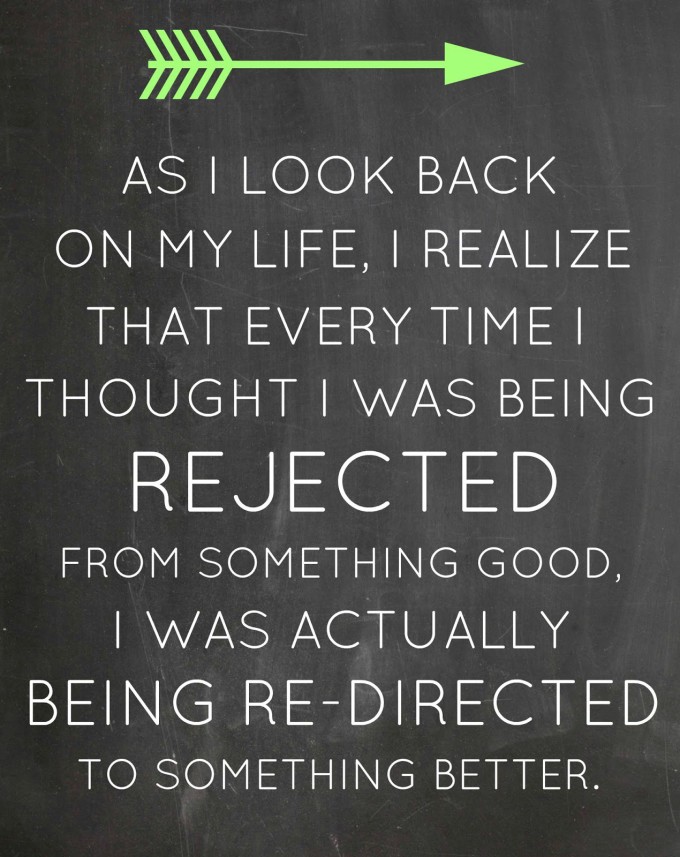 I can’t tell you how badly I once wanted things that, if I had gotten them, it would have been an unmitigated disaster.

The jobs in the past that I hoped and strived and worked for that I missed that would have left me lost in a world I didn’t belong in.   The house I tried to buy that fell through right before the market crash. The relationship that I would have done anything for that exploded in my face… only to learn later that the man was a fraud.

In so many ways, there have been defining moments of loss, rejection and even seismically big ones… that have felt like I had somehow failed and seemed so inconceivable. And, every single one of those big moments in my own life has, looking backwards, 100% been a blessing.

Getting fired from a job for being extremely sick left me jobless for 6+ months while I healed (not a great feeling), but it gave me 6 months to talk every day for hours and hours to my mother who, suddenly, unexpectedly died a few weeks after I was well.

What would I have done without those 6 months and hundreds of hours of stories and laughing and crying and sharing and love?

I really don’t know. And, I’m now so grateful that everything went as it did.

This idea of “rejection as protection” has done me a service when looking backward, helping me to feel grateful for the losses of jobs, money, friendships, homes, relationships that once felt so heavy.

The way I see it—

If it’s for me, it will happen.

If it’s not for me, I’ll be shown some new way.

I stopped having to over compute what the right thing is to do next because I’m not scared that rejection will level me. I’m not worried that if something doesn’t work out that “my ship has sailed.”

They do come as you keep creating!

They come way more easily when you’re not wondering, worrying or looking back to what failed to happened in the past and hoping it won’t happen again.

If you’re still in the part of things where the rejection is fresh and you’re bummed, you don’t have to sit in that place for long…!

Clear your mind on a long walk. Clear your home of clutter.   Clear your creative energy with a journal. Clear the energy around you by opening windows, clapping in corners or burning some sage.

You get the picture:

Create a fresh start. Keep yourself ready to receive what’s waiting for you.

Maybe all the rest was just a lesson or an important redirection to get you to right here where the next part of your path is waiting!?!

After failing in so many ways and landing in a better place than I could have even imagined, I will bet on that!