Are You Ignoring The Signs That A Big Change Is Needed? 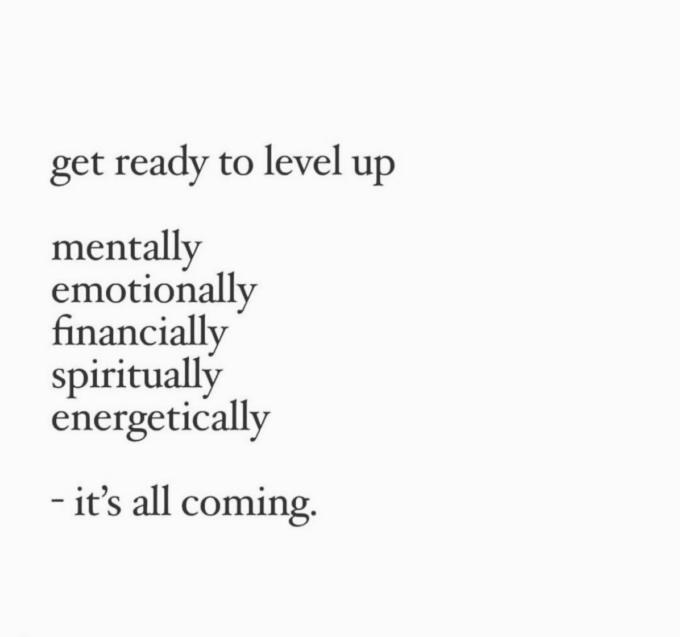 All the upgrades and next levels in the world are waiting when you’re ready to take the leap.

Change can be inconvenient.

It’s especially inconvenient if you spent a lot of time going down a certain path and you realize… well… it’s not the right thing.

It’s easy to reason why it could be the right path.

Its part of why people I know (myself included) have stayed in extremely stressful relationships in the past that have no real resolution, it’s why you can hate the sofa but let it sit there even if you have the money to donate and replace it and part of why even the best plans sit on a shelf.

Change is a disruption to the status quo.

There are times that I have ignored very heightened signs that it’s time to make a change until I didn’t get another sign. Instead, I got a lightning bolt.

If you’ve been settling, questioning, ignoring things to “not rock the boat” or anything else that you know doesn’t feel right, now might be a time to trust what you know and act on it to make a change and free yourself from the energy drag.

Upgrades are on the way!!!

Recently I got a lightning bolt.

I had waited too long, settled too long, ignored the subtle-but-powerful signs for far too long…and…

On came the total wave of disruptive disaster.

What’s worse: in the meantime, while I was attached to energy that was chaotic, my life would got wonky and chaotic, too, in the very same area where I had let this slide.

I had many lost packages, defective purchases, strange communication issues— all surrounding the same part of life where this “settling” has taken place.

First, I let someone bully me a bit. A lot, in fact. I knew that it wouldn’t be construed as bullying.

Then, I reasoned with myself and said it was no big deal.

A big error from the same source happened that could have cost me a big job, though I took responsibility for it.

I understood— I mean, accidents happen, right? But I was feeling at this point a bit uneasy.

That’s when the rest of the strange things that never ever happen to me started to happen: the lost packages, calls changing times, two pieces of defective furniture arriving at my house.

My strong feeling: THIS NEVER HAPPENS ALL AT ONE TIME FOR NO REASON!

And: I am not blaming this source for it happening. I am responsible for continuing to engage with something that was simply not for me to engage with.

Then, there was another glaring red flag that I was tempted to reason away, once again. But to make a change would mean disrupting the process mid-way through.

I was making every kind of excuse and feeling this pile of stress build.

Finally, I woke up to a stunning error from the same source so huge that I couldn’t ignore it. It was the lightning bolt.

I was asking the universe to show me how I was creating all this weirdness— the packages, defects, the everything that was not lining up 100% right that made absolutely no sense and was definitely not a coincidence.

BOOM! There it was.

Something so bad (relatively speaking) happened that was impossible to ignore. My body shook. I actually felt my stress hormones surge.

This is not typical for me these days but it used to be. It was time to let this go or to suffer the consequences of ignoring the changes I knew I had to make.

To spare you the details that are unnecessary, the point was that it reached such a fever pitch of wrong that I could no longer make a single excuse.

It feels good to let that whole thing go. To forgive. To forgive MYSELF. And, to move forward.

Hold yourself in place without making change and it creates an odd situation:

The swallowed words weigh you down.

The things that go wrong become moments when you say… “I knew this was going to happen!!!”

It’s better to dare to make a change than to stay in a place infinitely that is a dead end… or much worse.

Let’s not think about worse. Let’s just make the change!

In this case— I had no idea quite how the rest of the process would be finished but I had absolute certainty and excitement again.

Everything falls together when don’t resist what you know to be true.

Here’s to more and more awesome things coming together when we flow with change and trust our feelings!!!

And, if you want to dive in to your own personalized feng shui in a modern, practical way, Say hello to Feng Shui 101. Its the guide I made for you to create your own personalized feng shui at home, in the office, wherever you may be… in 8 weeks. It’s not filled with strict rules or what you “must” do. Its filled with information, questions, exercises and even videos and classes to help you confidently create amazing spaces with killer feng shui and live with more flow. Learn more about the 8-week feng shui adventure & grab your copy to get started right HERE… And, as always, please let me know what happens!