Harness The Magnetic Power Of Your Deep Desire! 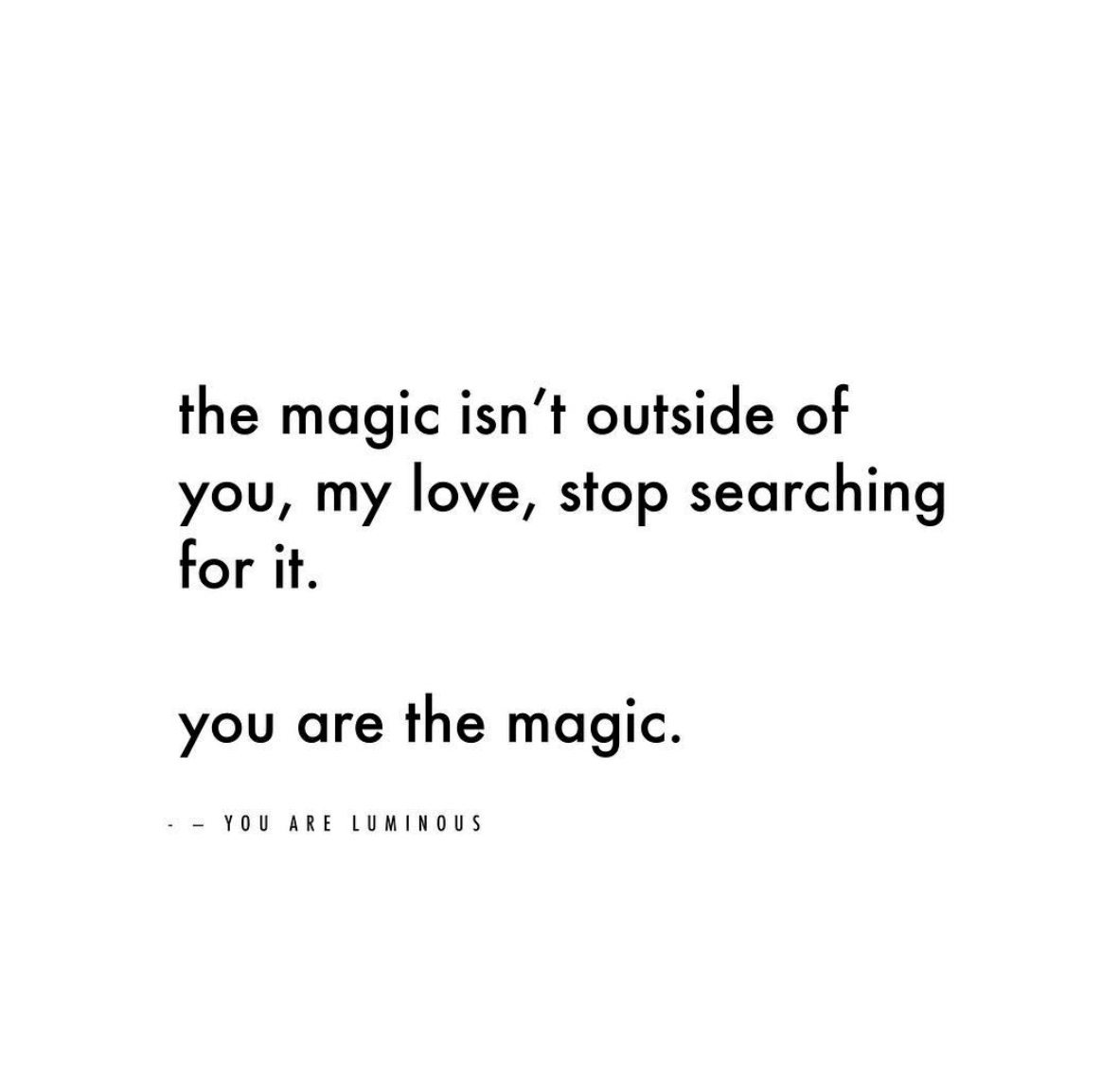 When you’re really on a mission and fully committed to it, there’s a glow that can’t be denied. There’s no stone left unturned, inspiration overflows and there’s a resonance, an imprint of unforgettable power, that everyone around you can sense.

All of this glow isn’t a product of perfect astrology or the greatest luck. It’s a very big decision and all the energy that gathers around that decision—

Often, the most startling thing is realizing you don’t want to succeed because of how scary the change would be.

If you don’t really fully want it, don’t be surprised if t’s slow in coming.

You don’t need to finish a thousand hours of self-help work to bypass all the old fear, all the old reasons or excuses and fully let yourself commit.

Committed desire— really wanting things with nothing but pure passionate desire— is this lightning bolt.

It’s so clear and so tangible when you’re fully committed to your desires… almost like every bit of energy in the universe is being gathered up around what you want so totally and perfectly, brining it to life.

Whether you’re stating to do Feng Shui at home, going to the gym, exploring therapy or doing any kind of personal development— without wishes and desires and goals you really want, none of it is as magical and transformational as it could be.

If you’re wanting a bigger job, a business, a new house, a relationship, marriage or anything else, without commitment, how much do you think you’ll get?

How can the outcome be great if you aren’t committed?

If you’ve ever had one foot in and one foot out of a relationship or have been on the receiving end of that situation, you know the stress and ill-at-ease feelings it causes. You don’t know what’s happening next. Will it end? Will it progress? It can cause you to spin in thoughts that lead to nowhere because it’s so unstable.

That same lack of commitment also shows up in people’s life plans. They have one foot in and one foot out.

But… at the same time you do want success, abundance, love, joy and great growth.

It’s this funny confusion I found in myself and then started seeing everywhere around me:

Excuses for not being fully committed abound.

For me, I thought I was sparing myself some potential agony of defeat by not getting too invested in anything. Instead, I would up with nothing.

Nothing worked out that wasn’t a full commitment. Full stop. Full desire. Full passion. Full vision. Not seeing anything else but the reality I was creating.

I had to learn it when I was, after total defeat on all levels, in a state of massive health crisis. In that crisis state I fully committed every cell of my being to wellness and wouldn’t entertain anything to the contrary, not for a split second. No low vibes could come near me. Nothing could shake my will.

No doctor could explain my healing. I just knew it. My desire was absolute.

When I committed with that passionate fire to more things that I deeply wanted, more things came that were beyond belief amazing.

And, when I halfway commit, I don’t even get halfway results— I get none at all.

So, if you’re wanting more or wanting something new and big and awesome and dreamy… how much do you want it?!

If you don’t want it that much, reshape your vision or pick a new vision that resonates that wildly and completely. Then, dive right in and commit.

It won’t take much to commit if you want it badly enough.

With all that harnessed energy at your fingertips, it’s amazing to see what happens!

Love yourself. Love your life. Commit with passion. And, allow those dreams become your reality.